DJI Mavic – Which One to Choose – Updated!

DJI has really hit a sweet spot with the Mavic series when it comes to consumer and, dare I say, prosumer drones. If you’ve found yourself looking at the DJI Mavic series or, even if you haven’t considered it until now, this post is to help you decide which one to choose of the three, and rumored soon to be four, options currently available. Hopefully, after reading this post, you feel more informed vs the let’s see what behind door number 2 approach. You can ask in forums and on social media sites but, in the end it’s you that has to make the decision as to which one fits your needs best and having the information to help you make that decision is a good thing.

Until the release of the DJI Mavic series, there really wasn’t a de facto standard to which other drones were compared but, the day the Mavic Pro hit the market, that changed. DJI was able to cram so many features into the Mavic Pro it was, and still is, heralded as major advancement in drone technology. Features that used to be expensive add-ons that required you to wire in new modules and even ones that had never existed in the drone industry made their way in the DJI Mavic product line. Just when the hype started to quiet down, DJI stirred things up again by introducing the Mavic Air, boasting most of the features of the Mavic Pro plus a couple new ones in an even smaller package!

Not every release has been met with amazement however. The DJI Mavic Pro Platinum was a minor upgrade to the Mavic Pro that many saw as more of a money grab attempt than a true advancement. Don’t get me wrong, The Mavic Pro Platinum is a great machine and, had it been available when I bought my Mavic Pro, the one I probably would have gone with. It boasts slightly longer flight time and that it’s substantially quieter but, that’s pretty much it as far as differences between the Mavic Pro and Mavic Pro Platinum.

Rumors have been flying around that the Mavic Pro 2 or II will be released any time now (a rumor that has been circling for quite some time) and it appears that there may be some truth to it as DJI has an event on the books for later this month. I’m hopeful but, as with anything not verified by the company, I’m not holding my breath. DJI is like Apple when it comes to future product announcements…. Toss crumbs, get the rumor mill going, verify nothing and let the rumors and speculation build the momentum. 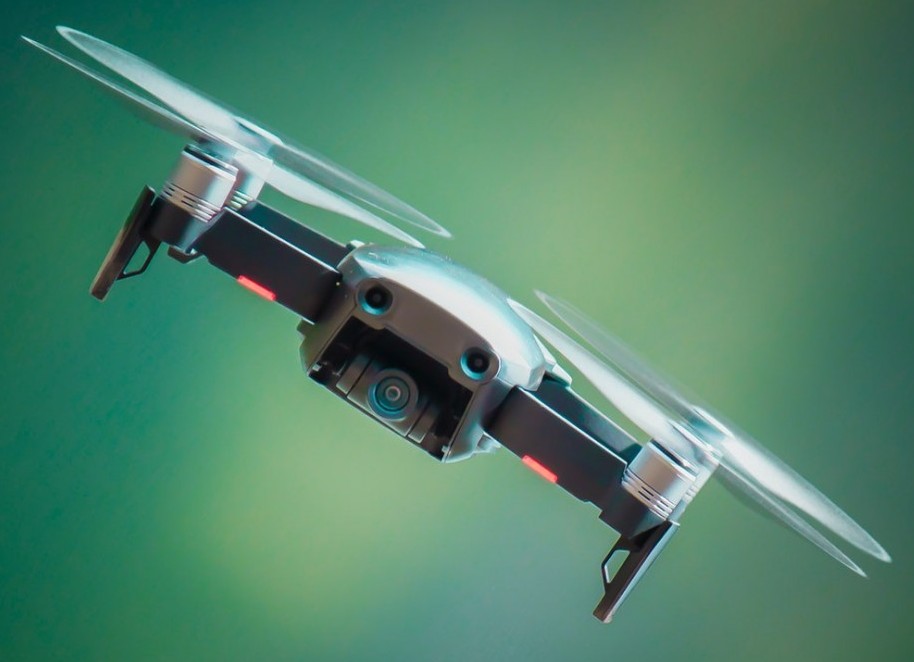 The Mavic Air is an amazing drone in a super compact form. It bests the Mavic Pro in some aspects (size, bit rate, etc.) but also misses the mark in others (flight time, no OcuSync, and so on). I can go into more detail here but I already laid it out in a post dedicated to the Mavic Air titled What about the Mavic Air – This is a Site for Everything Mavic isn’t it. Check it out. Don’t forget to look at the comparison infographic below for a side-by-side comparison between the various Mavic series models. The infographic will be updated if/when a new model is released. If it wasn’t for the lack of OcuSync, this one would have ended up in my drone arsenal long ago.

I may be a bit biased here but, the Mavic Pro is my go to drone. I absolutely love mine and would recommend it to anyone in the market for an excellent drone that offers unparalleled (with the exception of the Mavic Air) portability. Again I can go into more detail but I already did in my What is the DJI Mavic Pro – Only One of the Best Drones Ever post. Check it out and let me know what you think. Once you’ve read up on the Mavic Pro come back here and use the comparison infographic below to see how it fares compared to the other offerings in the series.

Now this one I don’t have a dedicated post for and that’s because it’s really just a minor upgrade to the Mavic Pro. If you were to take the specs and lay them out side-by-side (hmm, I might have done that in the infographic below), you’ll see that, with the exception of decibel level and flight time, the majority of the specs are identical. Basically just read my Mavic Pro post provided above and then add a quieter flight experience and slightly longer flight time and you have the Mavic Pro Platinum. Sometimes I find myself browsing the sales pages as I can see a definite benefit to a quieter drone but I just haven’t pulled the trigger.

Rumors spread and I help spread them sometimes. They are infectious, contagious and fun to speculate on. We have no verified claims and everything is suspect until the product is actually, if ever, released. Check out my post dedicated to the spread of this rumor titled DJI Mavic Pro 2 Rumors and the one titled Mavic Pro vs Mavic Pro 2 – Buy Now or Wait on whether you should bite the bullet now or hold off. ***Spoiler alert*** If you have no time constraints and having a drone right now isn’t a priority, consider waiting it out. At least until after the DJI event later this month. It should pay off one way or another. Either prices of existing DJI Mavic series drones will go down or the new features will make the Mavic Pro 2 that much more desirable. It’s a win/win scenario in my opinion.

This chart should help you to identify the categories that matter to you and compare the current offerings to see what fits your needs most. A space has been left in anticipation of a new member to the Mavic family and will be updated once announced. by Scott Hinkle

Of course, the definitive source for tech specs on the Mavic series is from DJI directly. Here’s their comparison page where you can select various DJI drones and compare them side-by-side. Check it out and let me know how I fared in the comparison arena by commenting below. In case you’re still on the fence and wondering about the Mavic or Mavic Pro 2, here’s an article from DroneDJ regarding the latest rumor floating around the net: Breaking News: DJI Mavic 2 photo leaked online

Update! – The Mavic 2 series is now out!  Check out my The DJI Mavic 2 – The New Models Are Finally Here! post for more information.

Now That We Know All About the Models Available, Where Should We Buy?

Check out my 3 posts reviewing my trusted sources when it comes to buying drones and drone accessories:

Dynnex Drones – A Good Place to Buy Your Next Drone? – This is where I bought my Mavic Pro and the service is out of this world.  Check out this post for links and a discount code to save a little money on your order.

DJI Drone – Should You Buy Directly from DJI? – You know it’s a safe bet when you order from the manufacturer.

Amazon.com – Is This the Place to Buy Your Next Drone? – This is a great option if you’re looking for non-standard packages or additional accessories all in one purchase experience.

Well, there you have it… The current DJI Mavic series lineup and rumors on what could be a new DJI Mavic family member. If you need a drone now, use the infographic above to help you select which one to choose. If you’re on the fence as to whether you should get one or wait, check out my Mavic Pro vs Mavic Pro 2 – Buy now or Wait post. Hopefully you gleaned some useful information from this post and I ask that you comment below to let me know, anything really. From saying you liked the post, hated it, found incorrect information, found the infographic intriguing, want to let me know what I missed or anything else, just comment below. I read each one and will respond.