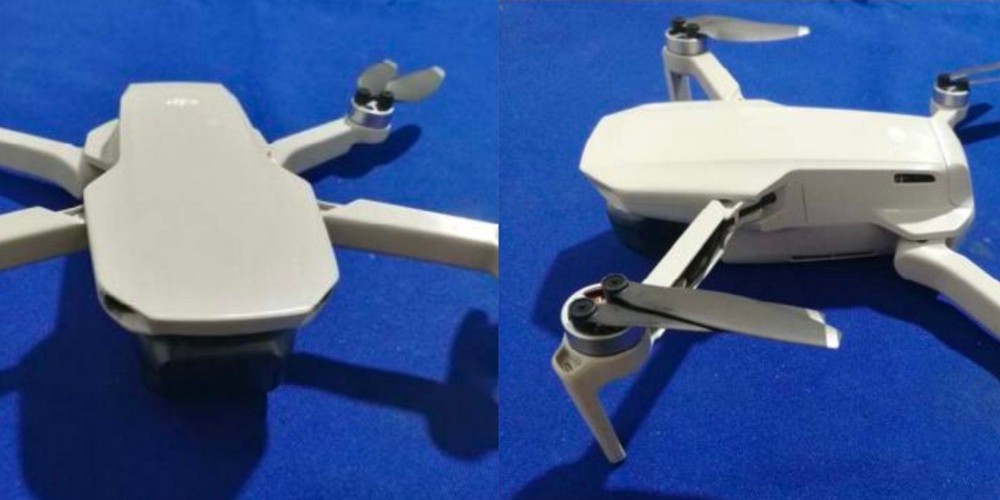 DJI Rumors – Exciting Possibilities for 2019 And Beyond

Although I’ve never been a fan of rumors in general, I can say, some of the things you hear from time to time are exciting. The hard part is trying to determine what’s true, what’s completely false, and what could potentially become a reality. Sometimes the rumor is so exciting; you tend to believe it just because you want it to be true. Those are the hard ones to get over if they don’t pan out.

Although rumors fly around pretty much any organization or group, no company does rumors better than DJI. OK, maybe Apple, but I’d argue they’re pretty close when it comes to the rumor guessing game.

Today’s post is going to be all about DJI Rumors. Specifically, ones, from this point forward, that haven’t already been debunked or proven (i.e., I’m not going to rehash the DJI Phantom 5 Release Date or DJI Mavic 2 rumors).

So, what’s going on with DJI as of late? Let’s do a little digging and find out, shall we? 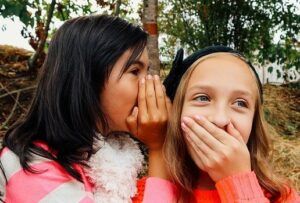 What Are The Latest DJI Rumors?

There are rumors, and there are announcements. Things like “DJI Will Add ADS-B Receiver Capabilities to All Drones Released After January 1st, 2020 Weighing More Than 250g“, a publication from DJI itself, is an announcement and, because it came directly from the company, is pretty much a guarantee, not a rumor.

Rumors are more just hearsay and wishful thinking. Some are backed by images or reading between the lines in official communications but, until they’re officially confirmed, they’re still rumors.

This rumor has been circulating for some time now. At first, just like the Mavic 2 rumor started, it was only images of a drone that looked similar to DJI’s other offerings, but nothing else. Later, that rumor was given a bit more validity as FCC filings emerged. Still, with no official announcement, it’s just a rumor.

Now, I’m going to go out on a limb and say, yes, a new drone is coming. Yes, it’s a smaller build, and yes, it’s all but confirmed. What I can’t say is what the drone’s features will be. Images and filings are one thing, details and specs are another.

That said, here are the rumors flying around:

So, DJI basically killed the Phantom 4, making claims of supplier issues and whatnot. Since then, there were rumors of a new model coming out (I even jumped on that bandwagon: Any Info on the DJI Phantom 5 Release Date?). Sadly the 5 never came, and the 4 was dropped from the DJI store. If you go to places like Best Buy, B & H Photo, Adorama, and so on, the Phantom 4 is listed as discontinued or no longer available.

Oddly enough, the Phantom 4 has re-emerged on the DJI store. It’s still listed as out of stock, but its return has a lot of people speculating that it will be available once again. Maybe DJI solved their supplier issues? I mean, after all, they can produce the RTK and Multi-Spectral versions just fine.

Still, because there are no actual models available and all other authorized DJI distributors list them as discontinued, I’m chalking this one up to a rumor. In fact, I have very little faith in it, so I’m actively seeking a used Phantom 4 Pro v2.0. So far, that search has landed me with a no-show, someone who thought they had a v2.0, but it wasn’t and a guy that’s 3 hours away…

OK, this rumor isn’t for 2019. It’s expected to land by the end of January 2020. Still, the rumor is out now, so I thought I’d list it here. There’s not much speculation yet. Really it’s just the date so far. Referring to the DJI statement I mentioned before, we can say it will have ADS-B reception capabilities. Here’s the list:

That’s about it. If you know of others that should be listed, let me know in the comments section below.

Is There Any Evidence To Support Them?

Rumors are rumors, but they seem more substantiated if they come with sketches, pictures, and videos, right? Well, that’s what we have here; a lot of talk, whispers, imagery, and even FCC filings to help back things up.

Nothing says it’s real like a video of it being handled:

Hey, it’s been registered in the government database so it must be real:

Here’s the label that will actually be on the unit itself:

Mavic Mini Images have been sprinkled throughout this article already.

Short of this image showing you that it’s back in the DJI store, I don’t have anything else to back this rumor up. That said, if they can find the parts for the RTK and Multi-Spectral units, I’m sure they can find them for this one too. 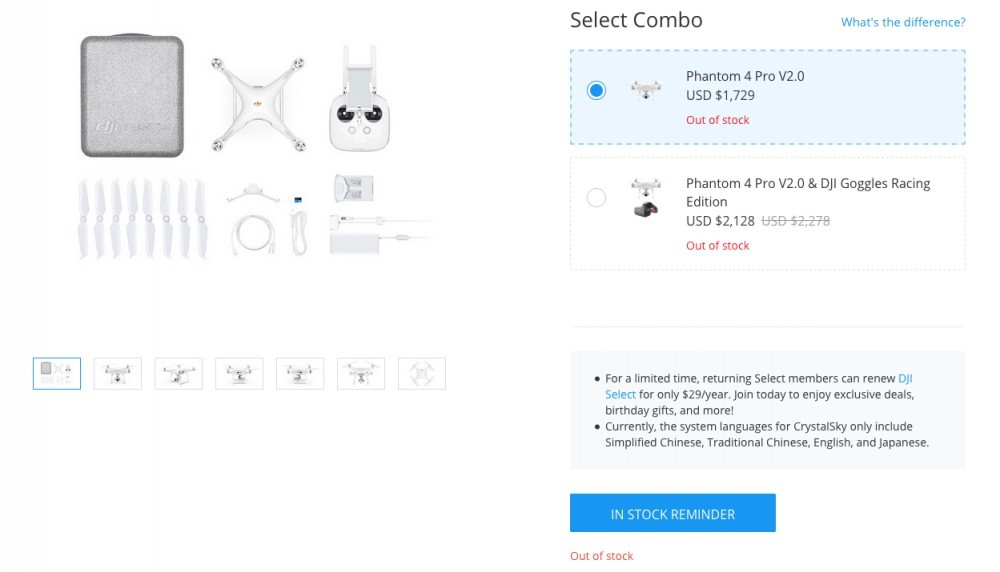 I’ve got nothing for this one. Just an expected by date. Still, I want to give you something so here’s someone’s sketch and notes on it: 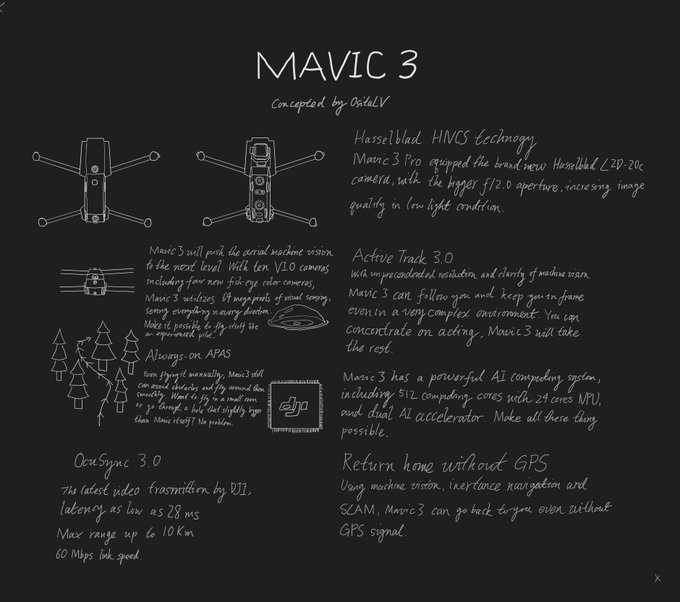 That’s what I have so far but, if you have more “dirt/evidence” that you’re willing to share, let me know by commenting below. 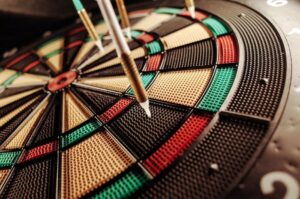 How Have Previous Rumors Panned Out?

So, I’m going to talk about a few rumors that I’ve listed on this site in the past. There were some hits and some misses. We’ll take a quick look at what we expected vs. what we actually got. Let’s begin…

Is There a DJI New Drone Release Coming?

This was one of those rumor posts that was kind-of all over the place. I talked about a potential new Spark model, a ground-based vehicle of some sort, and even spoke about DJI’s annual hosting of the RoboMasters competition.

In the end, I couldn’t really say what was coming. Part of my post were on (ground-based vehicle, RoboMasters, etc.), where others were way off (new drone model).

As well all know now, since hindsight is always 20/20, the new release was actually the RoboMaster S1.

The first post was all about the speculation and rumors regarding a new Mavic model. At the time, we didn’t even consider multiple models in the series. As such, our aim wasn’t as accurate as it could have been. Still, many of our expectations did ring true or very close.

Our second post was a bit more accurate as more details had been leaked by then. Sadly, I still don’t have one of these babies of my own.

This post was a bit easier to hit the mark when the hit appeared to be a thermal image of a coffee cup. I’d say we were almost spot on with this one.

DJI Event – DJI Announces the Because Life is Big Event

When this post was first published, we couldn’t have been more wrong. In fact, I’m still waiting for the Phantom 5 series. That said, as more details and rumors came forward, we did publish an update that was accurate as to what was coming.

That’s the name of the game. Keep guessing until you get it right, LOL. That said, what can we really expect to come from DJI this year? 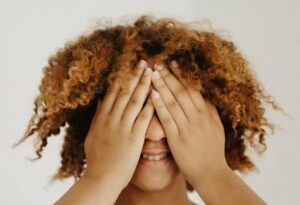 What Can We Really Expect?

For this year, all we can really count on is the DJI Mavic Mini. With the FCC filings and leaked images and video footage, it’s all but guaranteed.

As for the Phantom 4, I’m just hopeful. It doesn’t make sense that it would be removed and then brought back unless they were planning to make them available once again. If I had a video clip of my expectations regarding the Phantom 4, it would be from Saturday Night Live’s Lowered Expectations skit.

When it comes to the Mavic 3, it won’t be out this year. Still, I like the rumors of a late January release as DJI hasn’t come out with a semi-pro (prosumer) model in a while. When the Mavic 2 Pro came out, I was all for getting one until I found out about the video quality issues. That’s why I’m looking for the Phantom 4. If the Mavic 3 addresses this and even provides more bells and whistles, I’ll be all over it!

In the end, we can’t expect anything. We can only hope for it. I’m not looking for a Mavic Mini, so I’ll probably skip that one. Still, I’m hopeful for the Phantom 4’s return and actually starting to get excited about the possibility of seeing a Mavic 3 in, what seems to me, such a short time.

What is there to say? Rumors are rumors. Still, it’s fun when it comes to DJI Rumors. All the speculation and hopeful wishes, it makes me wonder if DJI reads this stuff and says, “Yes, let’s make that happen!”, LOL. If so, I’d consider starting a rumor wish list site.

So, you’ve seen what’s currently on the DJI rumor horizon, old rumors and how they panned out, what are your takeaways here? Do you have a current DJI rumor that I don’t have listed here? Might you have additional information on one that is? Do you just want to chime in and give your opinion on the whole thing? Please let me know by commenting below.

What Drone Case For Your Drone Should You Buy? – 6 Great Options for 2019