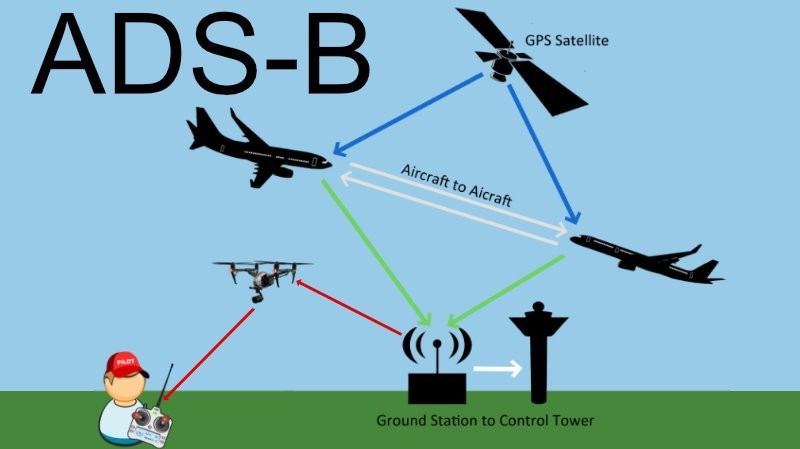 It’s no secret that drones are making quite an impact as of late. It appears, as they become more prolific, they are getting more coverage and exposure in the news and other outlets.

Sometimes that coverage paints drones in a positive light (think Drone Locates Missing Elderly 88-Year Old Man, or Drones Used to Help Firefighters Track and Put Out the Notre Dame Inferno, etc.) Other times, the coverage shows how people view them as intrusive and used for nefarious reasons (Drone Engaged in Search for Missing Dog Shot Out of the Sky).

Granted, as a relatively new industry, education and legislation are a bit lacking, and the sensationalization of drones in the news doesn’t help either. Still, strides are being made to not only enhance safety but to educate as well. One step in the right direction is ADS-B.

Today’s post will cover ADS-B For Drones including, what it is, why equip drones with it, if it’s required, and how to go about adding ADS-B capability to your drone(s).

By the time you’re done reading this post, you should have a good overall view of ADS-B in general and how it will enhance awareness and safety for all involved.

I’m going to start by giving you the boring definition of what the abbreviation stands for. Ready? ADS-B stands for Automatic Dependent Surveillance-Broadcast. Well, doesn’t that explain it all for you? Just in case it doesn’t, let me break it down a bit.

Traditional airspace awareness and control involves Air Traffic Control, radar, and pilots. Each one plays a role in the overall safety of air transportation. Air Traffic Control organizes flights and handles aircraft separation. Radar is the trust-but-verify method commonly used to see where aircraft are in the airspace (as opposed to just taking the pilot’s word for it). The pilot is the one in command and ultimately responsible for the safety of the flight. This is a simplistic view, but you get the idea. Together, they make up a pretty decent overall view of where aircraft are, where they’re going, and which ones might be a hazard to others, etc.

ADS-B is, I don’t want to say replacement so, an enhancement to the situational awareness that radar provides. Radar offers a lot of benefits, but it also has limitations. One major limitation is line of sight. If there’s a mountain or other obstacle between the radar tower and the aircraft, radar won’t see that aircraft. Another is that its information is usually limited to a smattering of screens in a single location. ADS-B introduces GPS into the mix and offers much more detail and data than radar does. On top of that, it allows the sharing of the information gathered to multiple locations and devices.

ADS-B comes in two flavors, in and out. Basically, you can have ADS-B reception capabilities but won’t be able to transmit data if you have ADS-B in only. Guess what ADS-B out does… Yep, it broadcasts that data for other receivers to, well, receive. That’s cool in itself, but what’s cool is ADS-B out can not only broadcast the current aircraft’s position and information, but it can also broadcast the information for any other aircraft that it has.

This mesh network of information reporting dramatically enhances situational awareness and reliability via redundancy. Now you have aircraft reporting their information to other aircraft and towers on the ground who then all repeat that information, passing it down the line (assuming they have ADS-B out), if you will. It basically has built-in fault tolerance. If one aircraft’s or tower’s broadcasting ability fails, the other aircraft and towers continue to pass the data. 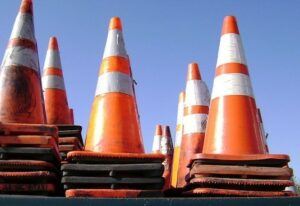 Why Have ADS-B For Drones?

OK, so ADS-B obviously offers benefits to the air traffic control system. Why bring it to drones? To this question, I have three answers (although I’m sure there are more):

Let’s face it. Drones are popping up everywhere. With surveys, farming, pipeline or power line inspections, wildlife, and nature uses, just for fun, and more, drones are entering the airspace at record numbers.

This increase in air traffic can become a logistical nightmare for everyone involved. Drone pilots may not know an aircraft, traveling very fast or behind a hill or building, is headed right for their flight area. Air Traffic Control may not be aware of drones in a flight path that they’re handling. Pilots may not be able to see a drone in time to avoid an accident.

There has to be a way to reduce this inherent risk (and there is).

Answer this one… Would you prefer to devote 99% of your concentration continuously scanning the sky, looking for any potential hazards and trying to remember which aircraft were going how fast and in what direction, or would you like to be able to see all of that information right on your display screen, with warnings of potential conflicts?

I’m guessing you’d choose the on-screen option. Now, don’t get me wrong, you still need to be scanning the sky, but now you don’t have to do all those calculations and keep track of it all in your head.

By using a single, primary tool that’s used by the professional air community, safety is greatly enhanced. Everyone’s on the same page and has the same information. Consistency can help alleviate confusion and misunderstanding. It’s just safer overall.

Am I oversimplifying it? I don’t think so. It just makes sense. Besides, many drone pilots fancy themselves as “real” pilots (and some are actual get-in-the-aircraft pilots). Wouldn’t you want to use the same tools the “big boys” do? 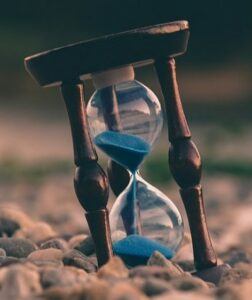 Is ADS-B For Drones Required?

As of the time of this writing, no, but it’s only a matter of time before this, or something very similar to it, is forced upon the droning community.

As it stands now, not every aircraft has to have ADS-B capabilities. In my opinion, they should, but there are circumstances, such as not flying in controlled airspace, that allow aircraft to skip installing/using the solution.

That said, there have been indications that all airspace users will be required to have some sort of remote identification technology in the future. I’d say near-future, but there hasn’t been any indication of and actual timeline, yet. That means drone pilots too (or at least their aircraft).

So, while it may not be a requirement now, just like registering your drone, proper registration mark display requirements, and so on have become law, this will too. It’s just a matter of time. 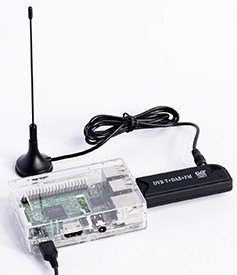 That’s an interesting question. I say this for a few reasons:

One interesting tidbit is that DJI has made a sort-of preemptive announcement and has stated that they will be including ADS-B capabilities in all-new drones, released after January 1st, 2020, weighing more than 250 grams. They are calling it AirSense. I view it as a welcome enhancement and believe it will be one of the major selling points of the.

So, now you know about ADS-B, assuming you didn’t know about it already. I’ve covered why use it on drones, talked about the likelihood of it becoming a requirement down the road, options to add ADS-B capabilities now, and even mentioned that DJI plans to equip new models released in 2020 with the technology.

Now I’d like to know your thoughts on all of this. Can you see ADS-B being beneficial? Do you have concerns about it? Do you think it’s just a waste of time and money? Are you a current pilot who’s used the technology and have something to add? Did I get something wrong or miss an important fact? Is there another way to add ADS-B to existing drones? Let me know by commenting below. I’d love to hear what you have to say.

DJI Rumors – Exciting Possibilities for 2019 And Beyond