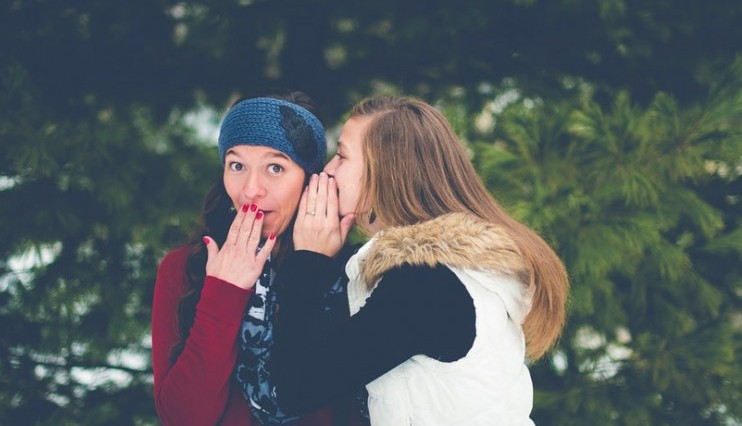 DJI Mavic Pro 2 Latest Rumors – How Many Versions Will There Be? – Updated!

It appears that compelling evidence has been uncovered confirming some of the Mavic Pro 2 latest rumors that have been flying around. The real question is how many versions will there be?

If you’re not interested in waiting for the Mavic Pro 2, any of its variants or you just want to compare what’s available right now, check out my post titled DJI Mavic – Which One to Choose.

Update again! – The Mavic 2 Enterprise model has been released.  Check it out in my https://mavicmaniacs.com/the-dji-mavic-2-enterprise-its-finally-here post. 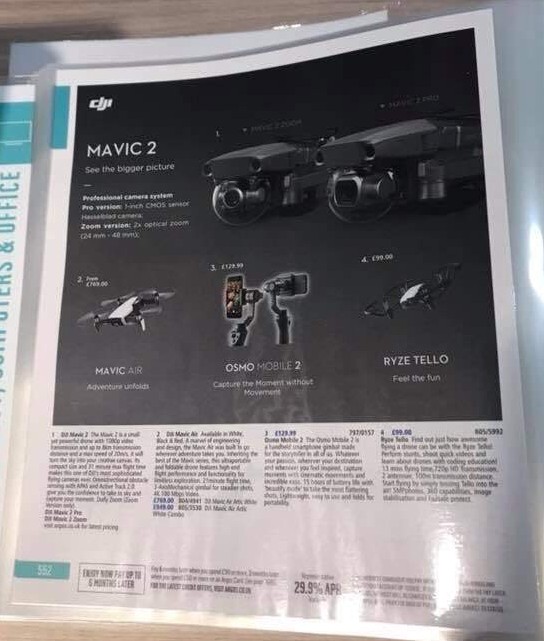 It appears that the latest Argos catalog includes an ad for the Mavic 2 in two flavors: the Mavic 2 Pro and the Mavic 2 Zoom (see the image to the left). Details are scarce but it appears the Mavic Pro 2 will have a 1 inch CMOS sensor made by Hasselblad. The Mavic 2 Zoom will be equipped with a 2x optical zoom camera featuring a 24-48mm lens but the sensor size and maker are unknown.

Both versions appear to offer an 8km (5mi) transmission range and speeds up to 20m/s (45mph) which is a bump up from the Mavic Pro’s 40mph. Flight time appears to be slightly better as well and is listed at 31 minutes. The only other bit of information we can gather thus far is an omnidirectional obstacle avoidance system with APAS which should help to protect you in all directions (much better than the current Mavic Pro offering).

No pricing was listed in the ad.

DJI’s own website slipped out a tidbit of information. It appears that the Enterprise version of the Mavic 2, as we’ve been following the rumors on, does actually exist. On the German version of DJI’s website under the Mavic Air section, an image of the Mavic 2 Enterprise edition was mistakenly used (see the image on the right paying close attention to the name on the arm). It is possible that this might have been some sort of hack and the information fake, but it seems to be quite a lot of effort to place an image in an obscure location on a foreign (at least to DJI) site for no apparent gain so I’m going to call it most likely legit.

Sadly there’s no other information, just the picture so we still don’t know what the features will be. You can check out some of the guesses in my original DJI Mavic Pro 2 Rumors post. 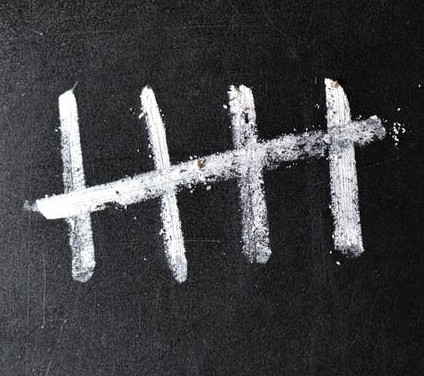 Could There Be More?

So there we have it. Just based on one ad and one “mistaken” website photo, at least three models are likely to be released. That’s not to say there won’t be more. DJI may have two or more consumer versions and just as many, if not more, enterprise ones. In the end we just have to wait and see.

Of course, there’s nothing stopping them from releasing these 3 we know of and then one or more down the line. We’ve seen something like that with the Mavic Pro and Mavic Pro Platinum (which was just a slight upgrade for most people). 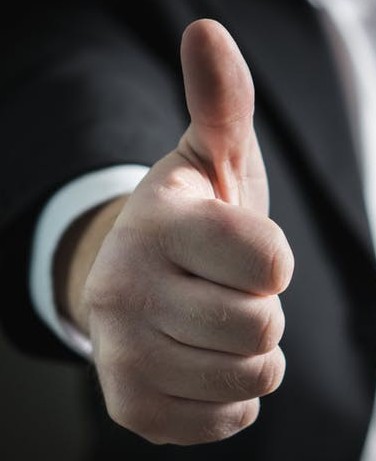 How Sure Are We?

With ad in print we’re pretty sure these two consumer versions will be released soon. As for the enterprise version, if it was on any other website than DJI’s I’d be more skeptical but, since it was on the DJI website and looks to be an accidental leak, I’m pretty confident that the Enterprise version is coming as well. On a personal scale I’d give it a 90-95% probability that these 3 are definitely coming.

DroneDJ and other drone sites are also covering this latest news.  With multiple sources quoting it, it just lends more credibility to the rumors.

Update – It looks like the event has been rescheduled for August 23rd.  Be ready for the new releases!

As promised, I have been keeping up on the rumors and trying to vet what I report back with. Since we have an ad in print, I’d say that’s pretty darn conclusive. I’m just hoping the release comes sooner rather than later and that the drones are priced affordably (as I want to get my hands on one as soon as possible).

That said, I’m not sure what model to go with. With so little “concrete” information out there it’s hard to plan ahead. My hope is that I can get everything each one has to offer in some sort of Extreme version (i.e. the Mavic Pro Enterprise Extreme with the 1″ sensor offering 2x optical zoom and the enterprise attachable module option). Sadly I fear that, in order to get it all, I’ll have to buy at least 2.

Did I miss anything? Are my “facts” flawed? Do you have anything to add? If so, please comment below.

Dynnex Drones – A Good Place to Buy Your Next Drone?