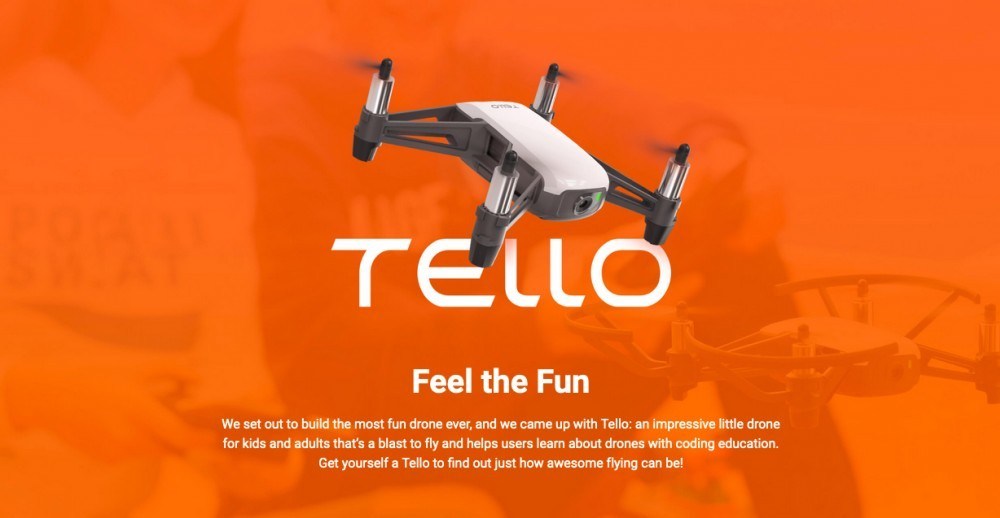 What is the Tello? – An Amazing, Affordable Drone for Beginners in 2020!

2019 was a slow year, as far as new drone releases are concerned. Still, that’s not to say that progress hasn’t been made in the industry. The standardization of rules and regulations has taken a big step forward; drones are making a foothold in professional, commercial, and government use; and air safety improvements have been cropping up too. See the following posts for more information:

Most of my posts have been about drones for the professional photographer/videographer, accessories for the more expensive models, and so on but I haven’t really touched on the more affordable options out there.

Today’s post is going to fix that omission. In, What is the Tello, I will introduce you to Ryze Tech’s/DJI’s low-end or starter model, tell you what it can do, talk about its intriguing side; programming, see if there might be a better option for you, and give my overall opinion on the drone itself.

So, What is the Tello?

In a nutshell, the Tello is a joint effort between Ryze Tech and DJI to produce a capable drone for kids and adults that is fun to fly, helps people to learn about drones, and even dabbles in programming! To top it off, it is an inexpensive drone for the masses. It’s really quite an impressive device that doesn’t skimp of features yet is affordable for most people.

What’s really interesting to me is that it offers features you don’t necessarily find in more expensive models, making it almost necessary if you want to get the full gambit of drone options out there. I won’t go into specifics in this section but keep reading and I’ll point out three features I don’t even get on my $1000+ Mavic Pro. Let’s just say, I’d really like the processing and decision-making abilities that one of the Tello’s features offers.

Let’s see what it can do… 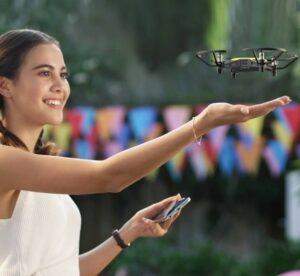 What Can it Do?

As I mentioned before, the Tell is a quite capable drone and frankly, it surprises me as to how much tech and how feature-rich it truly is, especially considering its price point. Let’s start off with the specs and then dive into some features:

While not as much as the 30ish minutes I get from my Mavic Pro, 13 minutes is quite impressive for such a little drone.

OK, this one falls way short of my Mavic Pro’s 4.3-mile range but, its more than enough for the backyard flier or indoor use.

This one won’t win you any film awards but 720p is nothing to sneeze at and is a great option for sharing on social media.

Again, it’s no Occusync but it’s nice to know that the Tello can switch between antennas and select the one that offers the best connectivity at the time.

This is pretty cool. Even at its small price point, the Tello offers a few neat tricks and flight modes:

I wish my Mavic had this. Simply tap a button and toss the drone. It will spin up, level itself out and come to a stable hover. This is great for locations where you really don’t have a respectable takeoff or landing area.

Another features my Mavic doesn’t offer. You simply swipe on your screen and this thing will flip in the direction of your swipe. It’s a lot of fun and gets people’s attention.

This one is kind of odd to me yet somehow makes me smile. In this mode, the drone simply flies up and down from your hand. I’m still not sure what its true purpose is but its mildly entertaining just the same.

Preconfigured video modes that offer unique styles if you will.

This one is pretty self-explanatory. The drone will take footage while circling its target.

Think of this one as the drone flying away from the subject, almost zooming out.

This drone does not have a gimbal for the camera. As such, any vibration or movement is seen in the footage. That said, it does do a reasonable job at stabilizing this footage electronically and the images are pretty nice.

Simply press a button and the drone will take off or land for you.

If you lose connectivity the Tello will land automatically. This can be a relief for those who have seen drones simply fly off or, even worse, fall out of the sky once the battery is depleted.

So, unlike its bigger siblings, the Tello does not have GPS capabilities. Most drones use this to assist in stable hovering and keeping their position. Don’t fret, the Tello still does a pretty good job of holding its position using its visual positioning system.

Yes, that’s right, programming. This is another area where my Mavic Pro falls short. You can program your Tello. Now it’s not a “load it and go” type of scenario. You will need to have your computer connected to the Tello via WiFi but you can do some pretty nifty things with it.

Let’s take a closer look at the programming aspect, shall we?

So, let me start off by saying “I didn’t really consider the Tello as a drone for me because, frankly, I didn’t see the value in an under $100 drone when I had the $1000+ Mavic Pro”. I might have been a bit high and mighty in that regard.

I actually got the Tello by winning it from IBM. No, I didn’t do anything special or heroic, they were giving away 1500 of these babies to people who completed a programming tutorial that involved Watson and image identification. It was actually quite fun.

So what can you do with the Tello and programming? Pretty much anything you want within the constraints of the Tello’s hardware and the range of your WiFi connection. I mention the WiFi connection limitation as the actual processing is done by your computer, not on board the aircraft itself and some of that processing may require an internet connection (i.e. if integrating with Watson, etc.).

You can program flight patterns, trigger image recordings, process data and even have the drone execute code based on the analysis of the imagery. It’s really fascinating, if you’re into the whole how does it work type of thinking.

There’s actually probably more you can do but that’s as far as I’ve gotten so far. I’d love to hear if you’ve done anything programming-wise with your Tello and, if so, what. 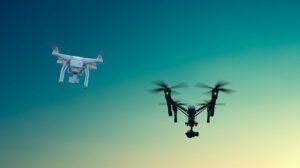 Is There a Better Drone for Me?

If, on the other hand, you want to take amazing footage, or fly further than the Tello would allow, you should look elsewhere. Keep in mind though that some features, such as Throw & Go or the programming option may not be available with the other models out there. Consider checking out the Mavic Pro or Mavic 2 Series in such cases.

The way I see it, the Tello is a great starter or add-on drone that would make a great addition to your current fleet or one that you’re planning to build.

So there you go. The Tello in all its glory. Let me as you something… What is the Tello to you? I’d love to know how you see it fitting your wants and needs. Let me know by commenting below.

If you do see the Tello as being a drone you’d like to grab, you can do so by following the link below and ordering it from Amazon. You can also buy it directly from DJI here.

I also wanted to let you know, getting a drone is only half the battle.  Check out HobbyHelp’s Ultimate Beginner’s Guide To Flying Drones to learn how to fly it!

So, do you have a Tello now? If so, how does it fit into your droning life? Is it your only drone? Are you going to get a Tello? What feature guided your decision to do so? How are you planning to use it? Is there another drone you think is better than the Tello that’s around the same price point? Did I miss something that you think should be included in this review? Please let me know by commenting below.