On May 16th, 2019, The FAA Issued New Regulations Regarding Hobbyist Drone Pilots. This post is meant to help any hobbyist pilots out there keep up to date with current rules and regulations that apply to them, in the hopes it will help them operate safely and avoid violations they may not have been aware of.

Protecting our airspace is a massive undertaking. Add to that, keeping it free for everyone to enjoy and you can see why the FAA has a lot on their plate much of the time. Some see them as overbearing, others as lenient, but I think we can agree that managing our airspace safely is of vital importance.

Although I don’t envy the FAA, I do understand their necessity and charge. With that said, let’s take a look at these New Regulations Regarding Hobbyist Done Pilots… 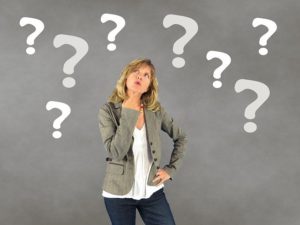 So, What Are These New Regulations Regarding Hobbyist Drone Pilots?

The FAA Reauthorization Act of 2018 was signed into law. The following rules are the result of this new act. Here’s what it means for the hobbyist pilot…

First off, Hobbyist drone pilots are no longer exempt under Section 336. This means that they are now required to follow these new rules and regulations and can’t operate their aircraft otherwise.

Here’s a summary of the rules, as posted on the FAA website:

You are considered a recreational user if you fly your drone for fun. It is important to know when and where you can fly and how to register your drone.

New Changes to Recreational Drone Flying in the United States

There’s a new law (PDF) that describes how, when, and where you can fly drones for recreational purposes. Following these rules will keep you and your drone safe and will help keep the airspace available to everyone.

Here’s what you need to do:

Recreational flyers should know that if they intentionally violate any of these safety requirements, and/or operate in a careless and reckless manner, they could be liable for criminal and/or civil penalties.

Changes Coming in the Future

The FAA is upgrading the online system, known as LAANC (the Low Altitude Authorization and Notification Capability), so that recreational operations can get automated airspace authorizations to fly in controlled airspace.

The FAA plans to have all of these features and requirements fully implemented by the summer of 2019.

More detailed information about the FAA’s plan to fully implement the requirements of Section 349 of the FAA Reauthorization Act of 2018 may be found on the Federal Register.

You can also watch a nice overview of the new rules provided by 51drone. Russ does a nice job of explaining them here, in a little over 12 minutes: 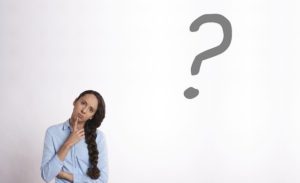 So What Does This Mean?

Basically it means, you can still fly in uncontrolled airspace but can’t fly within it unless it’s at one of the recreational flyer fixed sites that has an agreement with the FAA, as listed in the Excel sheet or on the map provided in the links under number 5 above.

Eventually there will be a test that recreational pilots will have to pass in order to operate their aircraft legally and, to fly in controlled airspace, they will be required to obtain authorization through the LAANC system, which they don’t yet have access to.

Sadly, recreational pilots are pretty much grounded until the LAANC system is opened up to them, limited to uncontrolled airspace and the few scattered approved flying areas. Some say you can call the towers and request access but I hear that the FAA has told Air Traffic Control Tower Managers to deny such authorizations.

The rest is pretty much the same:

Here are some statements from the FAA:

“We view this as a very positive step forward for the safe integration of UAS. Including everyone under the same rules really does move everything forward.” 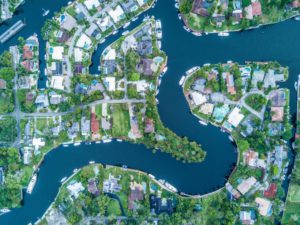 Is There Anywhere, Within Controlled Airspace, That I Can Fly Right Now?

Yes, but it can be somewhat limiting. You can fly in uncontrolled airspace (Class G) or in areas designated by the list of approved sites and those depicted as blue dots on this map.

If you’re an FAA Part 107 certificated pilot, you can use the LAANC system now to request permission to fly in controlled airspace.

That’s really it. The only other way to fly would be considered illegal and would open the pilot up to the possibility of being prosecuted for violating the new rules. Not only that, but such actions would most likely open up recreational drone use to further restrictions and bad press. 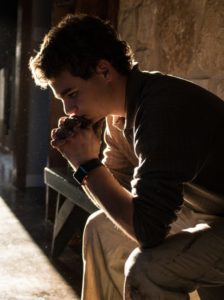 What Do I Think of These New Rules?

I actually think the new rules are fair and just. What I don’t like about them, is that they came out before the infrastructure was ready. What I mean by this is, recreational pilots are required to use the LAANC system to obtain authorization before flying in controlled airspace, yet that system is not available to them at this time.

It would seem that the fix has come before the function. Require people to use a tool that’s not available to them.

When the LAANC system is opened to recreational pilots and the knowledge test is actually administered, I can see this being a great step toward making our airspace safer.

Sadly, getting people to actually follow the rules and do what is required is another thing altogether. Add to that, most recreational flyers won’t even know about the changes and we have another potential issue. I suspect, stiff penalties and media sensationalism will end up getting the word out.
I just hope such penalties are applied to those who actually deserve them and not someone to simply be used as an example to get the message across.

So there it is, New Regulations Regarding Hobbyist Drone Pilots. If you are a recreational pilot, it’s time to start paying closer attention to where you’re flying. Personally, if you plan to fly a lot, consider getting your FAA Part 107 certification. It makes this issue moot and opens you up to making a buck or two with your drone at the same time.

Are you a recreational pilot? Do you have something to say about these new rules? Do you think they’re a step in the right direction or just more red tape with no real benefit? I’d love to hear what you have to say. Please let me know by commenting below.

Soar – An Exciting New Platform for Your Drone Imagery in 2019