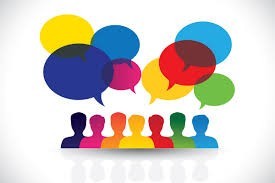 The inspiration for this post came from my time on a few social media forums recently. From posts of news regarding drones and close calls or collisions (see below for examples), people being grilled because they asked a question that’s asked over and over or because they did something “stupid” to receiving genuine thanks and appreciation for helping someone out and so much more, I decided an article on community interactions and ways on improving perception of the drone community as a whole might be useful.

Perception will vary from person to person based on several factors such as what they see in the news, personal experiences (i.e. someone found my missing dog with their drone vs someone hit my car with their drone, etc.), general assumptions (i.e. drones aren’t safe or their just toys, etc.) and also where they’re coming from (i.e. are they a drone enthusiast, someone with privacy concerns, etc.). If we take the time to consider the different viewpoints and work toward a happy medium I believe the drone community as a whole will benefit. Let’s take a look at some options.

In an effort to make this site a go-to site for the drone community I have put out A Call for Comments post.  Please check it out and let me know what you’d like to see here. 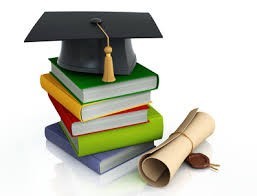 Education – Both Sides Can Benefit From This

This is a rather large, generic category. Education can be broken down into many facets. I’m going to focus on educating the general public (non-drone pilots) and the drone community itself (drone pilots).

Right now the general public (as a whole) tend to view drones as toys. Sure there are many professional uses for them, but, unless you’re in the know, what you see the most are individuals flying their drones for various reasons (fun, photo shoot, paid job, etc.). Sadly the education the public receives is usually in the news (and for the most part, the news focuses on the sensational which tends to be more negative than positive). Thus, when someone sees a drone in the news, it’s usually with a headline of “Drone Impacts Airliner Causing Major Damage and an Emergency Landing” or “Drone Falls from the Sky and Hits Lady on the Head” and so on. Rarely will you see anything like “Missing Hikers Found with Help of Drone Pilot”, etc. With the general public getting their education this way, it’s easy to see why there’s a negative stigma on the drone community as a whole. Many will view them as annoyances and invaders of privacy. As you know, policies are drafted by politicians, some with thought, but most with haste. A negative public view of drones in general can lead to legislation that will limit or kill parts of the drone industry. Educating the public and getting a positive spin on things can really help the drone community out in the long run.

It’s sad but true that “a few bad apples spoil the bunch”. As with any group, a few bad experiences with some can lead to the whole group getting labeled as bad. Pick a group (Gay, Jewish, Superstar, whatever) and think of your opinion of that group. What’s it based on? Most likely a stereotype based on either public opinion or one thing you saw or noticed about 1 person of that group that turned you off to the group as a whole (this is only for example purposes and not my opinion – “All gays are flamers” or “All Jews are cheap”, etc.). In that moment it does’t matter if a gay person saved 30 people form a burning building or a Jewish person found a cure for cancer, the group as a whole tends to be defined by it’s negative experiences. It’s a terrible reality but there you go.

The same applies to the drone community. When you hear of a drone striking a plane or hitting a person or used to spy on someone, the entire community gets a stain on its reputation. This is where education comes in. Take the time to read the manuals, watch a video or two, browse the forums, read a blog or two (shameless plug) learn how to safely operate your drone. Who knows, maybe this will prevent you from hitting someone or losing control of your aircraft. Learn of the rules and regulations for the area you intend to fly in. Knowing this and following those regulations will help to keep new, more restrictive ones from being implemented. Sure, there’s going to be a time when you just want to do something stupid for fun’s sake….that’s fine but do it in the middle of nowhere and be aware of your surroundings. Don’t do it over people, in populated areas, etc., don’t harass wildlife and so on. Use “common” sense. In short do something stupid, responsibly or choose not to do it at all. If you’re planning to fly commercially (for money), get that FAA 107 license and stick to the rules. 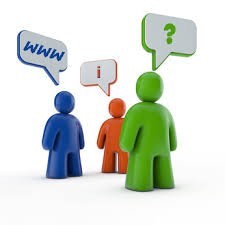 You may encounter someone (most likely not really educated on drone laws and such) that will approach you, either in a friendly manner or sometimes somewhat combative, and tell you you can’t fly here or you’re invading my privacy, etc. Consider their point of view and react accordingly. If you can be there legally and you’re not violating any laws, be polite but inform them of such and even refer them to a resource so they can verify it. Maybe even give them the opportunity to participate, turning it from a potentially combative situation to a fun and educational one. If they persist it’s a judgment call at that point as to how to handle the situation. Do what you can to minimize conflict but do what you need to do to complete your task. If you’re working on a job and were hired to take these shots and you’re flying legally, continue your work or consider rescheduling to a time when the upset party isn’t around. If, on the other hand, you’re flying for fun or just wanted to get a few minutes of flight time in, make a judgment call whether or not the flight is worth the conflict. Who knows, maybe someone will come up to you and saw “OMG that’s so cool, tell me about it, where can I get one?” and so on. The more positive your interaction with the public, the better the drone community as a whole will be.

Online forums and social network groups. It’s not only the non-drone community you need to consider being polite to. There are many people new to drones, new to a specific drone or even a long-time drone enthusiast that you may interact with. Everyone has an opinion and most will think theirs superior to others. If someone asks what you think is a stupid question or asks a question that been asked countless times before (you know which ones I’m talking about), please don’t rip them al new one. Be polite, either refer them, kindly, to the previous posts or simply answer the question again. Nothing can ruin someone’s perception of a group faster than meeting the 1 ass in it. Don’t get me wrong, I probably have one of the shortest fuses out there, but try to consider the point of view of the person asking. Maybe they aren’t aware that it’s been asked a million times, maybe they don’t see their question as stupid, maybe they couldn’t find the previous post even though they looked or maybe you misunderstood their question entirely (I’ve done this a few times). In the end don’t just blow up at them. Help them or ignore it and let someone else help them. To make the community stronger we need to help, not belittle each other. 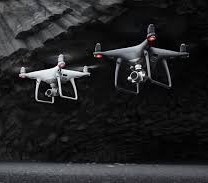 Get involved in various activities from training opportunities, flying clubs/groups to volunteering your services. The more flying you do in public, the more exposure (hopefully positive) the drone community will have. If there’s a flying club or a group on your local social media page that wants to do a fly day, go out and join them. If there’s a training program coming to your area check it out (it may be free or it may be pay-for). See if it looks like something you can benefit from. If so, consider it. Are there any groups you can sign up for to volunteer your services (i.e. search and rescue, etc.). Check them out. You never know when you might be needed and maybe you’ll get that positive news headline.

The more participation and exposure the community gets (as long as it’s positive), the better our chances of having that over-all reputation. 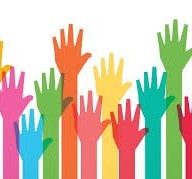 Start a local flying group (or join one if there’s one in your area). Getting like-minded people together to have fun and share experiences is a good thing. You never know what you might learn or what accessory you didn’t know you couldn’t live without.

Join social media groups for your particular drone or a more general one. Offer your guidance and answer those questions you know the answers to. Helping others will, in the long run, help you.

Join those volunteer groups and use your drone skills to help others in need.

There’s so much we can do to work on improving the perception of the drone community. If you don’t yet have the skills or knowledge, work on that training and practice. There’s a reason airlines spend so much time training their pilots. When something goes wrong the pilots simply react. It’s almost as if it’s second-hand to them and they go into automatic mode because they’ve practiced it so much. In the end it will make you a better pilot, prepared for whatever may come you way.

If we take the time to look at the other person’s point of view, we can usually diffuse a bad situation before it even starts. Weigh the pros and cons of your interactions with others before jumping in with that gut-response that might lead to more conflict and negative perception of the group as a whole.

Get involved. Join those groups, online and off. Help where you can, defer to someone else or ignore where you can’t. Others will fill in the gaps. Get out and fly with others. It can be a great experience. Setup a mock search and rescue. See if it’s something that might interest you.

Community interaction doesn’t have to be negative.  If we take the time to consider the above, the drone community will be better for it.

It should be noted that if you intend to use your drone in any manner beyond hobbyist use (i.e. commercially or volunteering for search and rescue, etc.), you should get your FAA Part 107 drone license.

Let me know what you think of this post by commenting below. Love it, hate it, think something should be changed, added or removed, it’s all good.

Free Music for Videos – Sources for Your Next Project

Upcoming Site Enhancements – What do You Think?

This site uses functional cookies and external scripts to improve your experience. Which cookies and scripts are used and how they impact your visit are specified on the left.
Additional information can be found in our Privacy Policy.