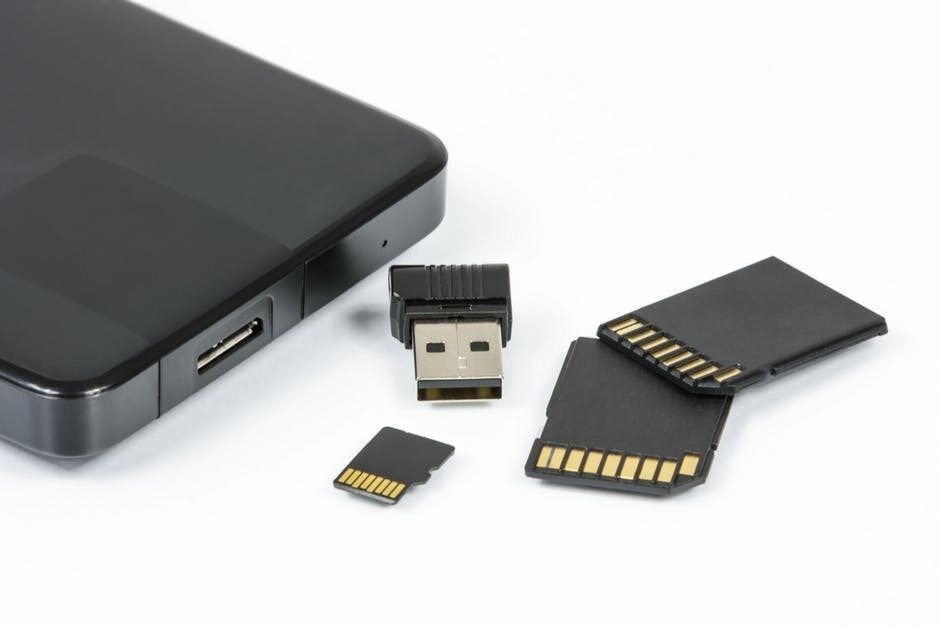 Having an awesome, camera-carrying drone is simply the best. They’re fun, take excellent footage, can get places other rigs can’t and give you perspectives you simply can’t get any other way. Still, a drone alone isn’t the whole picture. There are many accessories that are just as essential as the drone itself.

Things like battery, charger, remote controller and app/software selection can be just as vital as picking the right drone for the job. That said, many times people skimp on one necessity they simply shouldn’t, the SD card.

So, What is the Best SD Card for the Mavic Pro? This post will help answer that question and touch on the best choices for other drone models as well. We’ll also discuss other recording options such as using your phone or tablet and why just any SD card simply won’t do.  If you’re interested in the best accessories for the DJI Mavic Pro, check out my post here.

Before we dig in, I wanted to let you know that the Mavic Pro actually requires a micro SD card but most people just refer to it as an SD card. Let’s get started… 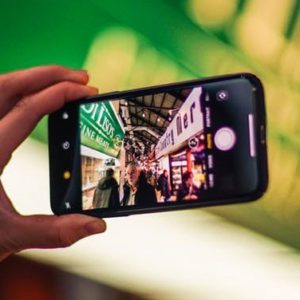 Can’t I Just Record on My Phone/Tablet?

The short answer is yes you can. The long answer is, you shouldn’t. OK, well that wasn’t really long so let’s expand on that a bit.

The best quality recording you’re going to be able to get will be at the source. You may have a strong reliable signal between your drone and receiver but, most of the time, the image being streamed will be lower quality than at the source. Consider this… Many drones can record 4K. Chances are the streaming to your device is dumbed down to 1080p or even 720p.

1080p isn’t necessarily a bad resolution. That’s standard HD after all and people have been watching that on their TVs now for years. Although that’s true, wouldn’t you want to work with the best source material available and then export in the resolution of your choice?

Even if 1080p was your desired resolution, chances are you’re not getting the full resolution all of the time or even the desired frame rate. Basically what I’m trying to tell you is the transmission system, is going to opt for smoothness over quality when it comes down to dealing with poor signal or interference issues. In the end, that “compromise” will hurt the overall quality of your recorded footage.

By popping in a quality SD card and recording at the source, you cut out that resolution downgrade and all of the associated issues that come with wireless video transmission. Another way to look at it is you can record to your device and to the card simultaneously and consider the local (at your device) copy a backup, should the recording on the card fail or be damaged in some way. 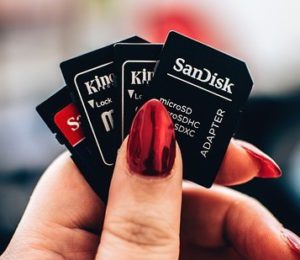 Won’t Any SD Card Do?

This is another yes/no question. You can pretty much put any SD card into your bird and record to it. That said, it’s not the best idea in the world. Cards come in varying qualities and capabilities. These range from poor craftsmanship (ones that will fall apart or fail after a few uses) to speed ratings (that can make the difference between being able to record the video stream without dropping detail data or take multiple shots in succession without having to wait due to speed issues) and so on.

Add to that, capacity requirements. You can put smaller cards in and swap them out as you go. After all, the bird can only fly for so long so changing the card out when you have to change a battery out isn’t a big deal. There are actually pros and cons to this approach…

By using smaller cards and swapping them out, you’re hedging your bets against card failure. Imagine going on vacation and taking multiple days worth of videos and stills only to find out your card had some sort of issue and all of your footage has been lost.

Smaller card capacities tend to be cheaper than their bigger alternatives.

You can use smaller cards as an organization system. Having cards dedicated to specific use cases (personal, business, vacation, etc.) can be an organizational nut’s (don’t be offended, I fall into this category myself) calming idiosyncrasy.

Just as swapping cards out can hedge your bets against failure, it can contribute to it as well. The constant inserting and removal causes wear, not only on the card but on the drone as well. Repeated use can eventually damage either or both.

Smaller card capacities mean you have to swap out your card more often. Some people like to use large enough capacities to be able to handle several flights without the need to stop and swap.

There are actually more to list but I think you get the idea and know which category fits your style and personality best. Let’s take a look at my recommended cards for the Mavic Pro… 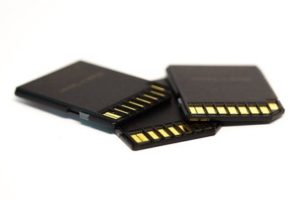 So What is the Best SD Card for the Mavic Pro?

The best cards are going to be from well-known, established manufacturers with a good reputation and track record. These include companies like SanDisk, Samsung, Lexar and so on. Whichever brand you select, make sure it meets the DJI Mavic Pro’s requirements: Max capacity: 128 GB. Class 10 or UHS-1 rating.

I, personally, prefer SanDisk cards for my drone and portable storage needs. They’re high quality and widely used. I even use them for my USB sticks.

When it comes to SSD’s (which are outside the scope of this article), I love Samsung and use them in my laptops. That said, they offer quality SD cards too.

Lexar has been around for a long, long time and was the Compact Flash manufacturer of choice for me when I was still running around with my DSLR for my photography business. Their SD card options are high quality as well.

I’m going to list my top picks for from each of these vendors and offer them in three different capacities (if available) to meet the needs of different personality types (i.e. the swapper vs the let it ride mentality):

Now the ones listed above are the “will work just fine with the DJI Mavic Pro” options. If you’re like me and want to “future proof” your purchase for use in faster devices, such as upgraded drones not yet released, you might want to spend just a little more and grab the cards listed below. They offer the same capacities but higher specs and speed ratings.

There you have it. My top picks from the most reliable and well-known suppliers on the market. Now let’s talk about other drones. 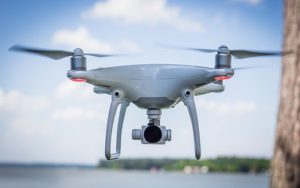 What About Other Drone Models?

Really, the cards listed above should meet all the needs of any drone currently, or soon to be available, on the market. These cards will work with the Mavic Air, Pro Platinum, Mavic 2 series, Phantom 4 and so on. Just be sure to verify that the card you choose meets the requirements listed in the specs for the drone in question.  You can find specs for all of DJI’s current drones on their website here.

As I alluded to in the previous section, I like to buy the fastest card available in anticipation of higher spec requirements from future drones. The only exception to that rule, for me, is if the cost outweighs the benefits at the time.

I recommend you do the same and help to “future proof” your memory card purchases, and any other transferable accessories. In the end, it will only make the utility/usefulness of these accessories that much better.

Don’t forget, these memory cards can be used in other devices too, not just drones. GoPro’s, digital cameras, cell phones, even as additional storage on your computer. The better the specs and higher the capacity, the more utility you will get from these devices as well.

So, What is the Best SD Card for the Mavic Pro in your opinion? Will you go for the bigger capacity and/or faster specs or will you opt for a different combination? I’d love to hear your plan and the reasoning behind it. Please let me know by commenting below.

I, for one, fall into the fastest specs and highest capacity group. One says, the single card approach may bite me in the a** but, until then, I’m going to live dangerously.

If you can think of another contender that should be included in this review, speak up. I’m happy to hear what you have to say.

What is LAANC? – An Awesome and Simple Safety Tool for 2019 – Updated!