DJI is well-known for its drone lines, such as the DJI Mavic 2 series, expanding into virtually every industry that can benefit from them, but they’ve been branching out in the photography and videography categories as well. For quite some time, they’ve had their Osmo line of accessories, mainly focused on providing stable platforms for still cameras, phones and video cameras. Now that line is expanding too.

DJI is stepping into the action cam ring with the DJI Osmo Action. Will they take 1st place from GoPro? In The DJI Osmo Action Review, we’ll take a look at the features it brings to the table and compare them to the current top-dog to see if we can come to a conclusion. Let’s get started… 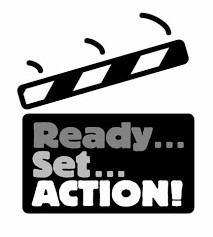 Why an Action Cam?

When DJI started on this path, they were mainly known for their flying camera platforms, the drones. One of the most iconic of them was the DJI Phantom line. They were touted as having great image stability, due to their gimbal technology.

Along those lines, the DJI Osmo series brought that stabilized gimbal technology to a handheld device. Still, you needed a 3rd party device (a phone, SLR or video camera) to use with it. Now DJI is expanding the line again, taking the next logical step, creating cameras too.

First came the DJI Osmo Pocket, and all-in-one gimbaled camera to get great stabilized shots, all in a small, convenient package. Still, it has limitations. An action cam seems like the next logical move to make. Small, compact, truly portable, able to operate in multiple environments, doesn’t it make sense?

But it’s not gimbaled. Isn’t that a step backwards? It’s hard to say. It does offer an image stabilization feature. Only time will tell if it’s adequate. That said, the DJI Osmo Action can be used with one of their gimbals (or anyone’s really), if you so desire.

On that note, let’s take a look at the features packed into this new device…

Let’s take a Look at the Features?

So what does this new action cam offer?  Check out this video, produced by DJI, to see it in action:

Dual Screens – As far as I know, this is a first for the action cam world. It features a screen on the back of the unit, list most others but also offers one on the front. This allows you to see what you’re capturing when trying to point the camera in your own direction. I can see this making a hug difference as you can now frame yourself correctly vs finding out that you weren’t quite where you thought you’d be in the frame as you review the footage.

RockSteady – As I mentioned earlier, this camera is not gimbaled. To help address this shortcoming, DJI created some advanced algorithms to offer electronic image stabilization (EIS) with impressive abilities.

Voice Control – Five voice commands to control various functions including video recording, still captures, turning the camera off and so on.

Waterproof – Completely water tight up to 11 meters (36.3 feet). Great for swimming and snorkeling.

Custom Mode – You can store settings that you use commonly and access them easily to get shooting quickly.

QS Button – A multi-function button allowing you to flip between the front and back screens, access settings and more.

SnapShot – When setup, this button can power on the camera and start recording in under two seconds and engage preset shooting modes.

That’s a pretty big list of features. Let’s see how the competition stands up…

What About the Competition?

There are many action cams out there but the current king is GoPro. Based on that, I’m going to take a look at their flagship product, the GoPro Hero 7 Black, and see what it offers, starting with their intro video:

8x Slo-Mo – Capture 1080p at 240 frames per second, allowing you to slow the footage down and capture every detail.

Rugged + Waterproof – They say it can be dropped, crashed, dunked and it will be just fine. It’s waterproof to 10 meters or 33 feet.

Voice Control – 16 different commands are available allowing you to take a photo or even tag a video.

SuperPhoto – A mode that brings HDR, local tone mapping and noise reduction together to produce a superior photo in any lighting condition.

Live Streaming – Pair the camera with your phone or tablet and live stream to Facebook, YouTube and more.

GPS – Track your speed, distance and elevation and add stickers to your videos as proof!

Modes and Features – TimeWarp Video: Capture stabilized, super-smooth timelapse video; Share to Your Story: Take your vertical (portrait) videos and add them to your Instagram Story from within the GoPro app; Photo Timer: Get everyone in the image, just set the timer and get in the pic; Face, Smile + Scene Detection: Tags your video with faces, places and action for automatic editing in the GoPro app; Touch Zoom: Simply slide your finger to zoom on your subject; Auto Transfer to Phone: Transfers images and recordings to your phone or tablet for quick editing and publishing.

There you have it, GoPro’s current offering. Let’s see how the two compare… 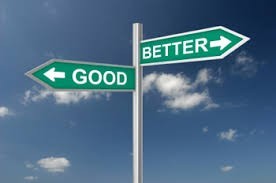 Is it Really Better?

So I’ve taken a look at both of these devices, from DJI and GoPro, and I’ve come to the conclusion that they’re just different. Here are some of my takeaways:

Image Stabilization – Both provide a form of Image stabilization that seems to work pretty well in their product advertisement videos. A side-by-side comparison would be helpful to determine if one is any better than the other.

4K Video – Both offer 4K at 60 frames per second. No real winner here.

Waterproof – DJI and GoPro have made their offerings waterproof, almost to the same depth. DJI has 3.3 feet on GoPro Here.

Voice Control – Although both brands offer Voice Control, GoPro wins out on this one because they have 11 more voice command options than DJI does.

HDR – Again, they appear to be very comparable in this regard too. A side-by-side comparison would help to determine if one performs better than the other in various conditions.

Other Features – It seems that GoPro may have an edge here with their GPS stickers, voice commands for tagging, auto transfer to phone, face and smile detection and so on.

I can’t really say it’s better. It really depends on your needs and wants. Are you more of the social butterfly and need to post quickly to your Instagram Story? If so, GoPro might be for you. On the other hand, do you film yourself a lot and do you have a hard time getting yourself into the frame properly? In such cases, the dual screen on the DJI camera might be a better fit.

Well, there you have it, The DJI Osmo Action Review. I’ve taken the features and listed them out for you, took a look at the current king’s, GoPro, flagship model and compared some of their features. As far as I can tell, with a few differences, they’re pretty comparable cameras. It will be the nuances that make the difference for you.

Here’s the real question… Should you grab one? To that I say: Do you already have an action cam? If so, do these new offerings have something you simply can’t live without? I have two GoPro Hero 4 Black cameras. They meet my needs perfectly. I used to use them on my two DJI Phantom 2’s way back when and I take them on my sailing and SCUBA diving trips every time.

That said, I have no need for voice control (especially when SCUBA diving). The image stabilization would be nice (especially when sailing) and the 60fps vs the 30 I currently have would be great too. As for the sharing…. I’m not so sure. My biggest complaint is the depth limit. My GoPro Hero 4 Black models came with the waterproof case that goes way further than 33-36 feet. Now, if I “upgrade” to one of these newer offerings, I have to buy a separate case.

For now, I’m going to hold off. The GoPro Hero 4’s I have meet my current needs. The rest, offered buy these new cameras, is nice, but not needed (in my case).

If you see the need or just can’t fight the urge to upgrade, then grab the one that meet your needs the most.  You can get either one from Amazon by following the links below:

So, what do you think? Is DJI the way to go? Does GoPro still hold the crown? Do you have one or both of these? I’d love to hear what you have to say. Please comment below and share your experience and opinions.