DJI Made another event announcement. Unleash Your Other Side. This one appears to be more official than the one that was supposed to happen on April 23rd but never did as it has an official entry on DJI’s website: https://www.dji.com/trailer?site=brandsite&from=homepage

Not much information is provided. It’s really just an image of someone free diving underwater with a countdown to the event itself. That said, there’s a lot of speculation about what’s coming. Let’s see what we can figure out…

What Do I Know?

That’s really it. I can only confirm what’s been officially released. Not really exciting, and certainly not very informative, but it’s what I got. 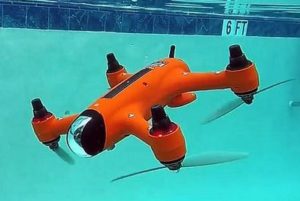 What Do I Hope For?

I’m really hoping for a water related drone. It can be a submarine type of craft or a flying drone that can land on and take off from water surfaces. Better yet, how about one that can operate under, on and above water? That would be awesome!

At this point I’d be happy with a water-resistant or waterproof drone, allowing me to fly in inclement weather.

Although these would be great options that allow us to expand our flight environments, I suspect I’ll be disappointed. Let’s take a look at what I expect will be coming… 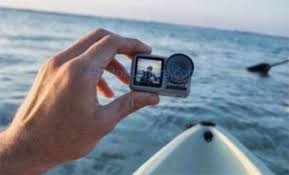 What Do I Expect?

Basically, a GoPro killer, or at least a contender in the ring. Most of the rumors have been pointing to something that’s being called the DJI Osmo Action. It’s basically an action-cam, that appears to be GoPro-like in form.

Again, there aren’t a lot of details out there but, as you can see from the images in this post, it’s a pretty good chance that the DJI Osmo Action is what’s coming. I could be wrong. We’ve seen pictures of the infamous DJI Phantom 5 with interchangeable lenses, and that didn’t pan out, so who’s to say. 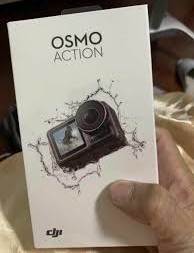 Leaked Front and Back Shots: 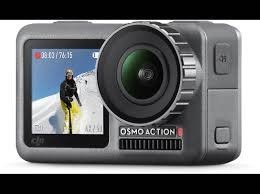 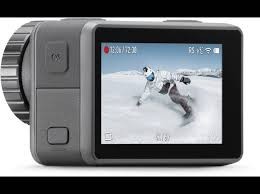 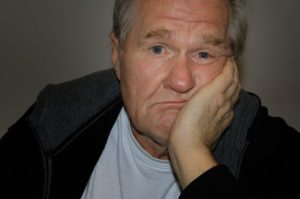 Honestly, no. For me, this one’s a blah.

I have 2 GoPro Hero 4 Black units that work just fine for my needs. I can’t imagine that DJI’s offering is going to have my clambering to buy one. They’d have to offer some amazing features that I just can’t think of right now.

I haven’t even upgraded my GoPro Hero 4 Blacks because, in all honesty, they meet my needs perfectly. I’m a SCUBA diver and I can take these puppies deep. The newer models can’t even go that deep without an additional housing, that’s not included.

Conclusion – Should you Unleash Your Other Side?

There you have it, DJI’s next official event, called Unleash Your Other Side, will be here tomorrow. You’ve seen my wish list, my expectations and know what I really think of the current rumors.

Don’t get me wrong, I’m sure the camera being released will be great, I just don’t see a need to jump on the DJI bandwagon if I already have the GoPro Hero Black 4.

Are you excited about this event or are you on team Blah like me? Do you have more information on this event? Do you know of other rumors regarding it? Can you tell me more about the supposed camera being released? Please, let me know by commenting below.