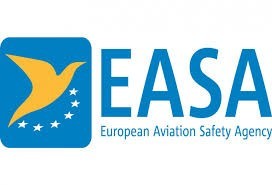 I know that I tend to focus on happenings in the US. I suppose that’s because I live there. Yes, it’s true, I live in sunny California, USA. Still, I try to provide information that’s useful everywhere. So, Let’s talk about EU Drone Laws.

Why EU Drone Laws? It’s simple really, EU stands for European Union. That means this post will cover several countries at once (all of the members that make up the EU). It makes sense to cover as much as I can, in order to help the most people possible.

Besides, I have a lot of readers that come from the UK (although I don’t know how the Brexit will affect pilots in the UK when they do finally leave the EU) and who have made purchases following the links I provide in many of my articles. It only seems fair to thank them for doing so.

OK, so let’s take a look at the current EU drone laws, why they are needed, what applies to you if you’re not a commercial pilot and discuss what applies to visitors from other countries… 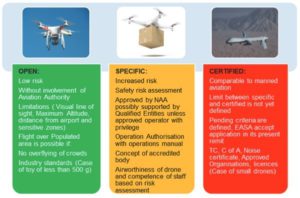 What EU Drone Laws Should You Take Note of?

All of them, really. The real question is what are they? Right now that’s a great question. Even though they were published on June 11, 2019, and due to come into force just 20 days later, the common rules won’t yet apply.

Member states are allowed another year to prepare and implement these new rules and have until June of 2020. So, even though we can figure out what they are, they may not yet apply to you and thus, aren’t really in force. You can consult the EASA Civil Drones (Unmanned Aircraft) page for the expected timeline information.

That said, we’ll take a look at some of the more obvious ones to know of right now…

One of the most impactful laws, as far as drone owners are concerned, is that the majority will need to register, either where they reside or at their main place of business (depending on the intended use of the aircraft – personal or business).

There will be three categories for drone operations:

You can check out the “prototype” regulations on the Drones – Regulatory Framework Background page.

What is nice is that the common rules will replace existing individual country rules. That universal rule set will make operating over boarders much easier and consistent as far as making sure you know and follow them. Still, there is a clause that would allow for the “possibility for Member States to lay down national rules to make subject to certain

conditions the operations of unmanned aircraft for reasons falling outside the scope of this Regulation, including environmental protection, public security or protection of privacy and personal data in accordance with the Union law”. 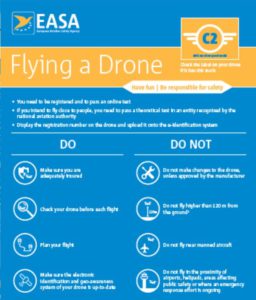 Why are They Needed?

First and foremost is safety. Too many times here lately, drones have been in the news for interrupting air traffic at airports and even being accused of being involved in strikes with aircraft (although the most recent one was actually debunked). By providing a standardized set of rules and regulations, manned and unmanned aircraft can operate safely and efficiently.

“The new rules include technical as well as operational requirements for drones.”

This is great because these rules stipulate that drones must be flown in a safe manner and they call for individual identification standards, to make drones and their associated pilots easily identifiable for law enforcement and other agencies.

Beyond safety reasons, offering a standard that applies to multiple countries, helps to keep everyone on the same page, no matter what flag they fly (assuming they come from one of the EU member countries). This goes a long way toward lessening the burden that’s imposed on a pilot when they cross the border. As long as that county is part of the EU the rules are the same and you won’t have to try to figure out what you can and can’t do in this new country.

“Once drone operators have received an authorisation in the state of registration, they are allowed to freely circulate in the European Union. This means that they can operate their drones seamlessly when traveling across the EU or when developing a business involving drones around Europe”

It’s just a good idea to have standards and adhere to them. 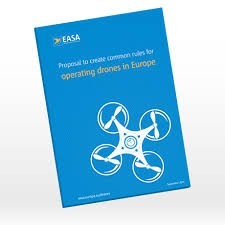 What if You’re Not a Commercial Pilot? Do You Need to Follow Them?

What isn’t clear, at least at this point, is what repercussions one might face if they don’t follow the rules. I suspect they’ll be somewhat harsh to discourage others from ignoring them.

Either way, you’re better off knowing and following them, as will the drone community as a whole. It only takes one bad egg to ruin it for the whole group. 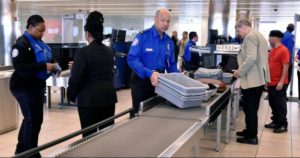 What if You’re Not From the EU? Is There Anything Special You Need to Be Aware Of?

Not really. Just be aware of the rules and make sure you follow them. At this time, the mandatory registration of drones and UAS operators will become law in June of 2020. At that time, I expect that even visitors will need to register. As to the depth and timeline requirements, I can’t say. Nor can I tell you if there will be some sort of fee imposed.

What is for sure is that countries are cracking down on the random drone pilot that just flies where they want when they want with no regard for rules or regulations. To save yourself time and heartache, make sure you follow the rules set forth when you visit the EU and any country for that matter.

The last thing you want is to have your drone confiscated because you didn’t fill out the proper paperwork or get the required approval ahead of time. Another thing you don’t want to do is miss your return flight because you’ve been detained for breaking a regulation while visiting. Do yourself a favor and make sure you’re in the clear.

I know the title of this post is EU Drone Laws and I did talk about them. Sadly, until the proposed rules are actually ratified and enforced, all I can give you is the current state of affairs and expectations version. Hopefully the links I’ve provided to the EASA, will allow you to get the most up-to-date information before you visit.

Are you in the EU and can you provide a bit more detail? Do you have something to add? Have you had a run-in with authorities regarding flying a drone in the EU? I’d love to hear what you have to say. Please leave a comment below.