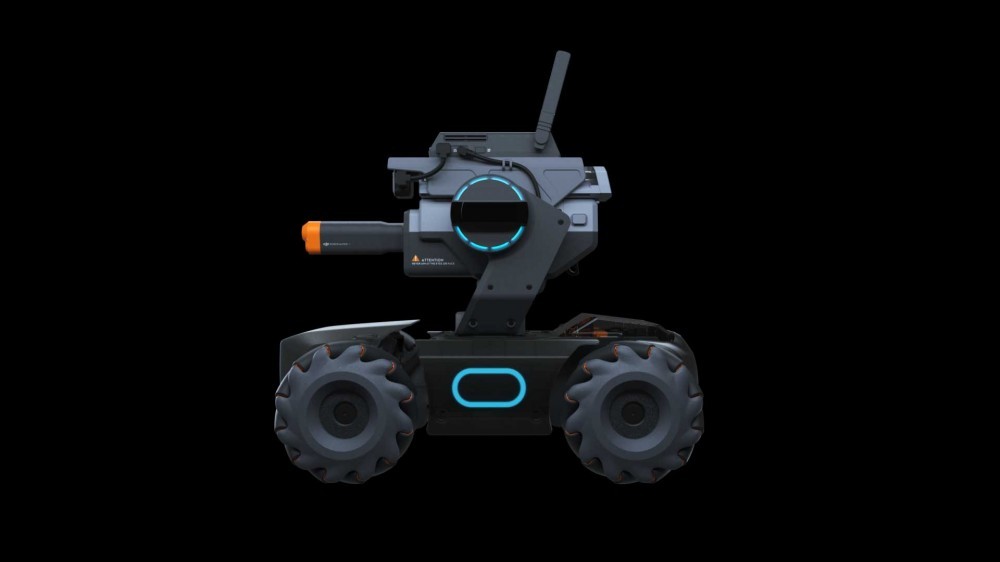 DJI Unveils the RoboMaster S1 | An Intelligent Educational Robot for 2019

It’s been a while since DJI announced any new drone-like products and many were expecting such an announcement when the DJI Osmo Action was released. That didn’t happen, but we knew something was still coming down the line, we just weren’t sure what.

Well it’s official, DJI has unveiled the RoboMaster S1 Intelligent Educational Robot. It’s an interesting segue from DJI’s traditional drone lines and might bring new lifeblood into a relatively small sporting segment. In this post we’re going to dig into what it is, what it brings to the table and what might be in store in the future.

I will say this, I was on point for a few of my predictions in my previous post, Is There a New DJI Drone Release Coming? | Exciting Announcement Coming June 11th, 2019, but was off on several others. Now let’s take a closer look at the RoboMaster S1 and see if it might be something that interests you… 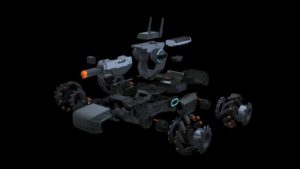 What is the RoboMaster S1?

As DJI puts it, “The RoboMaster S1 is a game-changing educational robot built to unlock the potential in every learner. Inspired by DJI’s annual RoboMaster robotics competition, the S1 provides users with an in-depth understanding of science, math, physics, programming, and more through captivating game play modes and intelligent features.”.

I prefer to think of it as a ground based, remote control gaming system that’s also programmable. Not an RC car or truck, but more of an RC robot and battle platform with enhancement options. Those enhancements come in the form of physical accessories as well as operational intelligence.

The S1 was inspired by DJI’s annual RoboMaster robotics competition. I think the endgame (no pun intended) is to provide an exciting and fun platform while introducing educational concepts that, until now, have been difficult to instill onto others through boring classes and textbooks.

Let’s look “under the hood”…

What Does it Bring to the Table?

First off, it brings a pretty cool remote control toy that’s a blast to play with. I know, it’s more than a toy but, let’s be real, the true draw to this new device is how exciting and fun it is to play with. With that said, let’s break it down and take a closer look at the RoboMaster S1 and the components that make it what it is today:

The S1 Blaster uses LED lights to outline launch trajectories for its gel beads and infrared beams. Vivid sound effects and recoil action add to the experience for an immersive battle simulation. For added safety, the Blaster uses non-toxic gel bead projectiles and even features limitations on launching rate and angle.

The gimbal’s yaw/pitch rotation range is 540° × 65°, offering an expansive field of view for the FPV camera. The built-in direct drive brushless motor works together with the IMU and advanced algorithms to allow gimbal movements with a vibration control accuracy within ±0.02°, delivering smooth image transmission and a precision control experience.

The S1 comes with four Mecanum wheels, each with 12 rollers that allow omnidirectional movement and precision control. Front axes suspension allows for added versatility during operation.

The S1 comes with a customized M3508I motor that features an integrated FOC ESC with an output torque of up to 250 mN•m. Linear Hall-effect sensors with advanced algorithms allow closed-loop control for added precision. Additional safety mechanisms deliver outstanding stability.

Up to 46 customizable components give you unlimited space for innovation, helping you grow and learn in an exciting way that expands the capabilities of your S1, and yourself. Six PWM ports support customized accessories, allowing you to explore the unlimited possibilities of the S1 and the magic of the robotic world. 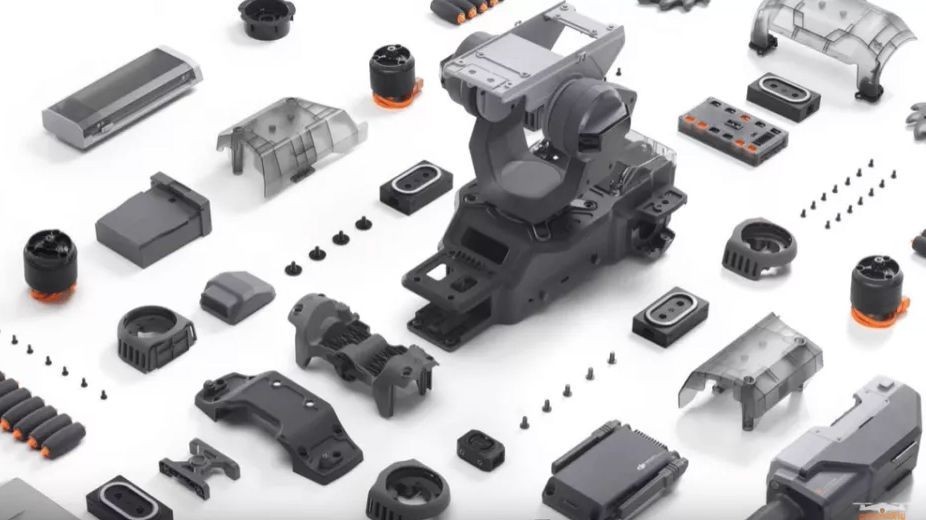 AI technology lets the S1 recognize gestures, sounds, and even other S1 robots. Playing with the RoboMaster S1 opens the doorway to AI learning, giving you a practical introduction to the technologies of tomorrow.

The S1 can be programmed to automatically follow a line on the ground. The more math and physics knowledge that is applied, the more adeptly the S1 will be able to complete this task.

Recognize up to 44 Vision Markers which feature numbers, letters, and special characters that expand the possibilities for coding and combat.

One such use for the markers is to create “traffic lights” and other obstacles. Users can write their own programs that allow the S1 to drive automatically and execute complex tasks.

Thanks to advanced computer vision technology, the S1 is able to identify and track any individual you select in the S1’s FOV.

The S1 is equipped with a built-in clap recognition module, which can be programmed for unique responses.

The S1 can recognize various physical gestures and can be programmed for self-defined responses.

The S1 can recognize other S1 units, an ability that can expand your game play and entertainment possibilities.

Functions and game play modes are currently available on iOS, Android, and Windows. The RoboMaster app even allows users with different systems to play together at the same time.

The S1 can be operated using a computer or a mobile device via the touchscreen, gyro, and gamepad.

Write programs easily and apply them or share with friends instantly using the RoboMaster app.

As you can see, this is actually a well-thought-out platform, offering fun, learning and inspiration. 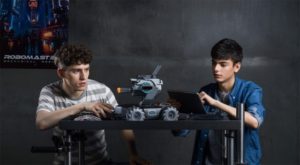 Will it Start a New Trend?

So here’s the real question. Will this new platform take hold and start a new trend?

I think it will. The price point is such that schools may even pick a few of these up to use in their courses. The fun aspect has me wanting one. After all, what guy doesn’t want to blow things up?

Now that we have a system that can be programmed or manually controlled, offers unheard-of customization, includes an arsenal of accessories, has light-based and physical weaponry, uses sensors to detect “battle damage” and responds accordingly, not to mention AI components to address environmental awareness, we have a true learning platform that’s actually fun to use! 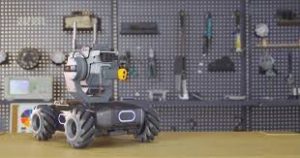 What’s in Store for the Future?

As with anything else, I can’t say for sure but I expect a few new things to pop up:

I can’t say what they’ll be but I’m pretty sure new hardware will be introduced. Maybe construction like attachments such as a crane, bucket, etc. could be one set of attachments. Perhaps some sort of liquid storage/delivery/sprayer will be added and so on.

The RoboMaster S1 could very well be the first in a series of autonomous vehicles. We have land covered, what about sea and air? I for one was hoping this announcement would be something like this but in a quadcopter/drone form. Who’s to say that’s not coming?

I actually like to call this the Hive Mind Mode. Imagine one or more RoboMaster’s working together to build something or complete a task. Now imagine different RoboMaster models (land, sea and air) working together. Maybe they can interconnect physically to overcome obstacles (think of a vehicle delivery system). It’s both exciting and frightening to think of. Maybe instead of Hive Mind Mode we can call it SkyNet.

As this platform matures, I suspect new programming languages will be introduced (I personally would love to see a Swift option, as I’m an Apple guy) and new AI modules, offering advanced or specific features will be developed.

I’m sure there’s more to consider but these four options alone are pretty exciting. I only hope that one or more of them become reality.

So now the RoboMaster S1 is out. Will you be getting one? I think I will. I’ll probably have to stock up on a lot of gel pellets too. Either way, it will bring me hours of fun, and I’m sure frustration as I learn to program, and tear up my house terrorizing my dogs.

If you’re planning to get one, Grab Your DJI RoboMaster S1 Here!

What do you think of DJI’s latest product? Is it a game-changer? Do you like the features it offers? Is there something missing from the platform? Are you going to get one? Let me know by commenting below.

What is the DJI Spark? – A Surprisingly Capable Drone in a Very Tiny Package