The New DJI Digital FPV System Is Out! – Is 2019 the Year That DJI Moves Into the Exciting Realm of Drone Racing?

DJI has skirted the edge of drone racing before with offerings such as their DJI Goggles Racing Edition and accessories. Still, those offerings were hybrid at best, being geared to work with, not only racing drones but their aircraft lineup as well. As such, the goggles were a bit bulky and had features a racing drone enthusiast really couldn’t use and didn’t need.

Based on this, they’ve really only dabbled in drone racing but didn’t truly embrace it. Today it looks like they’re stepping it up a bit and are now looking to tap the drone racing and freestyle markets with their new DJI Digital FPV System. This system isn’t designed with supporting their current drone models but rather streamlined for the racing and freestyle pilot community’s needs.

Today, I’m going to look at this new offering from DJI and see if I can’t answer the following questions:

Of course, I’ll finish the article off with my final opinion and see what you have to say as well. 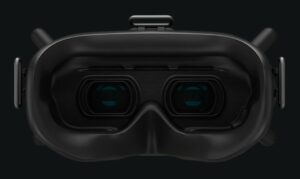 FPV simple stands for First Person View. Basically, it’s you living vicariously through the view of another person or device. It’s almost as if you’re put into their shoes, so-to-speak (but only visually).

An FPV system is a great way to get a point of view that you might not otherwise be able to obtain yourself. It also allows you to react or interact differently than you could from a 3rd person perspective. For example:

When you fly your current drone, from your ground position, it can be difficult to judge it’s true position, angle, direction and so on. Now, most of us augment our line of sight fix on it with the view on our controller/phone/tablet screen. For most of us, this is more than sufficient an even gives us an arguably better reference overall as we not only see from our viewpoint but from the aircraft’s viewpoint as well.

While this dual-POV (point of view) can be beneficial, it’s not realistic for the racing industry. In racing, situational awareness, prediction, and reaction are critical and all of this at a very fast pace. As such, switching your viewpoint isn’t really feasible and would most likely complicate matters for the racing pilot, especially when dealing with tight turns, obstacles and course layouts that can block the line of sight between the pilot and drone.

In these types of use cases, an FPV is the preferred visual choice. As such, fast and reliable setups are needed to meet the drone racing pilot’s needs. Critical considerations are low latency, solid transmission/reception, and weight. Why are these three considered critical? Let me tell you:

How long it takes for the live image to reach the pilot is very critical to a successful race or freestyle flight. If the transmission time lags too much, the pilot could miss a critical turn that could result in missing an obstacle or turn resulting in the pilot having to turn back to complete that part of the course and fall behind or, worse yet, impacting an object because the video feed was not delivered in a timely manner.

The same can be said for controller latency. If the pilot makes a change to the controls but those changes take too long to reach the drone, the same fate could befall the aircraft.

Interference and/or loss of signal… Both of these can be game-ending for the pilot/drone. Interference can degrade or even block the video feed resulting in choppy or broken/incomplete images. For the average drone pilot, taking aerial images and footage, this isn’t a horrible inconvenience but, for the racing pilot, smooth, reliable image transmission is critical and can mean the difference between winning a race or making that awesome turn in a tunnel and picking up the broken pieces.

Again, controller interference is also a concern. It’s imperative that the pilot’s control inputs are received by the drone quickly and without any interference that can render the commands garbled and useless.

In every race that I can think of, drone, car, plane, bike, and so on, weight is a primary concern. The lighter the load the easier it is to move and it uses less power to do so. That’s why racing cars have a cheap fiberglass shell on them (that and to put all the sponsorship ads on) but in reality, it’s just an engine frame and tires…

Drones are the same way. Less weight, more power, and speed. Also, the whole physics thing comes into play. An object in motion tends to stay in motion until it is acted upon by another force. Less weight = less force required to overcome momentum.

If any of these three criteria don’t meet the pilot’s needs, it’s onto the next solution…

So, now that we have the basics down, let’s see what DJI’s Digital FPV System has to offer and how it fits into these three critical categories… 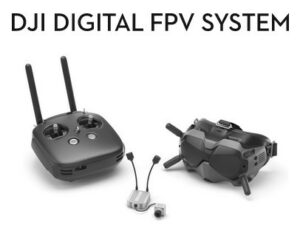 What Does DJI’s Digital FPV System Have to Offer?

As I said earlier, DJI dabbled in the racing market, kind-of half-assed, with their DJI Goggles Racing Edition, but that offering, while great for average-use pilots like myself, really didn’t do much for the racing community. It bulky and had features that didn’t apply to their needs.

Now, DJI has released a system designed specifically for the racing community. Here’s what it has to offer…

The DJI Digital FPV System consists of an Air Unit Module, Camera, Goggles and Remote Controller. Here are some highlights:

Even Lower Latency Transmission Between the RC and Air Unit

7ms! That equates to nearly instant response speeds to your control inputs.

Up to 4km. I’m not sure why you’d be racing that far but, if you are, this could be the solution for you.

With 8 completely separate channels in play, up to 8 drones can take advantage of this system in the same race without the worry of interference from the other racers or pilots.

This allows users to remotely set parameters for the Goggles, Air Unit, and Camera, increasing stabilization and reducing operational errors.

You can record the video feed using the built-in microSD card slot to capture the view transmitted to the pilot.

Need to review some footage? No problem. Playback videos recorded on the microSD card instantly.

Share your view with others with the DJI FPV Goggles set in Audience Mode.

When signals worsen, most of the bitstream is placed at the center of the video, providing a clearer FPV experience.

This offers redundancy and automatic best signal selection to ensure the best possible performance in any environment.

With such a wide field-of-view you can be more aware of your surroundings. Besides, it makes for great wide-angle footage and stills.

Select the mode that fits your current flight needs:

Increases the color saturation on LED lights and reduces noise during night races, allowing pilots to track the location of their air units easily.

All-in-all, this is an impressive package for sure.  Check out DJI’s video:

Can I Use This System With My Existing DJI Drone?

In short, not. At this time, the DJI Digital FPV System is a complete package, designed for plug and play connectivity with racing drones in particular. There are not interfaces or special flight modes and so on that are typically associated with the average consumer model DJI drones such as the Mavic and Phantom series.

This system really is intended for the freestyle and racing pilot. As such there’s not even integration setup for your phone or tablet and controlling software (yet). I did notice the USB-C connector that I’m sure is for power and firmware updates. Who’s to say if it won’t also be for connecting peripherals and so on down the line?

Still, since you’re going FPV here, it doesn’t really make sense to try to integrate a phone or tablet that you won’t be able to see any way into the system. The only exception I can think of would be for a multi-pilot setup, where one uses the FPV and the other the controller and device (phone or tablet, etc.), much like I currently do with my Mavic Pro and DJI Goggles Racing Edition. 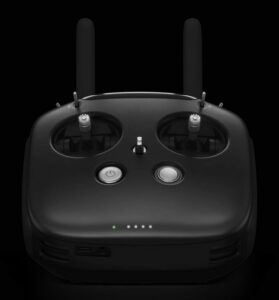 Should I Go Out and Get the DJI Digital FPV System?

That’s up to you…

Are you or do you plan to be a racing pilot? If so, yes, I’d say check out the DJI Digital FPV System and see if it’s right for you.

Are you a freestyle pilot that loves to push the edge? And by that, I mean someone who loves to fly your drone at high speeds in tight areas, near objects (like withing inches) or through and around obstacles (such as waterfalls, caves, courses and so on)? Again, yes. Take a look at DJI’s offering and see if it might suit your style.

Do you have a drone already and want to use it with this system? If it’s compatible, yes. If not (say you have the DJI Mavic Pro or whatnot), not as it won’t work with it.

In the end, only you can really say if you should go out and get it. For me, I’d be interested in checking it out but I’d also have to buy and/or build a compatible drone as I don’t have one that works with the system.

So, there you have it. DJI’s New Digital FPV System. As promised, here’s my opinion…

I’m impressed that DJI took the time to develop a system that offers so much for the racing and freestyle drone enthusiast/professional and didn’t actually try to push a new drone out or lock it to their own offerings. It goes to show you that they really want to branch out and offer solutions for the market in general. That said, I wouldn’t be surprised if they turned around and released a racing drone model in the near future.

If I were the racing or freestyle type, I’d grab this in a heartbeat. Part of me has the urge to do it anyway but I have to do some digging and see how pricey it will be to rebuild the drone as I’m sure I’ll crash it while trying to skirt a mountain top or fly through some cave, etc. The drones I have now are in the $1000 range and I simply can’t afford to crash something that pricey.

You can get yours today, directly from DJI here!

Now it’s your turn… What are your thoughts on DJI’s latest announcement? Are you a racing or freestyle enthusiast or professional? Will you be getting one of these setups for yourself? Do you have experience with it already? Please let me know by commenting below. I’d love to hear what you have to say.

Autel Evo Accessories – Some Excellent Options for 2019 and Beyond

This site uses functional cookies and external scripts to improve your experience. Which cookies and scripts are used and how they impact your visit are specified on the left.
Additional information can be found in our Privacy Policy.