I just posted about the new DJI Smart Controller the other day in my DJI Smart Controller – Is it Worth the Investment? post and they’ve already released a firmware update for it. I don’t think we can even get the controller yet here in the US. We haven’t seen any filing with the FCC regarding it and there are rumors that DJI is still putting the things together so when we might actually be able to get our hands on one is anyone’s guess at this time. So what’s in this new DJI firmware update? Let’s find out…

Nothing. This is probably because no one has the device yet so there’re no reports of anything not working correctly. I suspect, as more people actually get their hands on it, bugs will be identified and fixes released in future firmware updates. 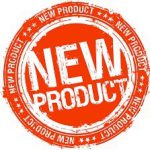 What Are the New Features?

There are a handful of new features. Here they are, pulled directly from the DJI Smart Controller Release Notes:

So basically, aircraft linked to a Smart Controller were able to take off while the controller was being updated. This will no longer be allowed. The downloading of 4K videos is now functional and the user experience has been optimized, whatever that means. All-in-all, not a great, feature-packed update. I suppose it will mean more once we can actually get our hands on one and play around with it. 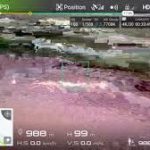 Are There Any Known Issues?

There are no known issues listed however there is a note recommending that the Smart Controller be updated to the latest firmware for optimal performance. Again, this is one of those things where issues may become known once more people actually have the device itself. Who knows, maybe there won’t be any. 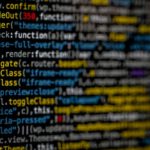 Are There Any Requirements for the New Firmware?

Other than having a Smart Controller to update the only other items listed for compatibility are the DJI GO 4 app at version 4.3.10 or higher and the DJI Assistant 2 app at version 2.0.6. There’s also the requirement of having a drone that’s compatible with the new controller, although that’s not required to perform the firmware update. Right now that’s limited to the Mavic 2 Pro, Mavic 2 Zoom and, soon, the Mavic 2 Enterprise.

Well, there you have it. A new DJI firmware update for a device we can’t get our hands on to add features and address issues we haven’t encountered yet. I’m sure it’s for the best, getting these features added, I guess I’m just frustrated at the lack of access currently available.

Review – DJI Smart Controller – Is it Worth the Investment?

FAA Drone Rules – Will We Be Able to Fly at Night and Over People?