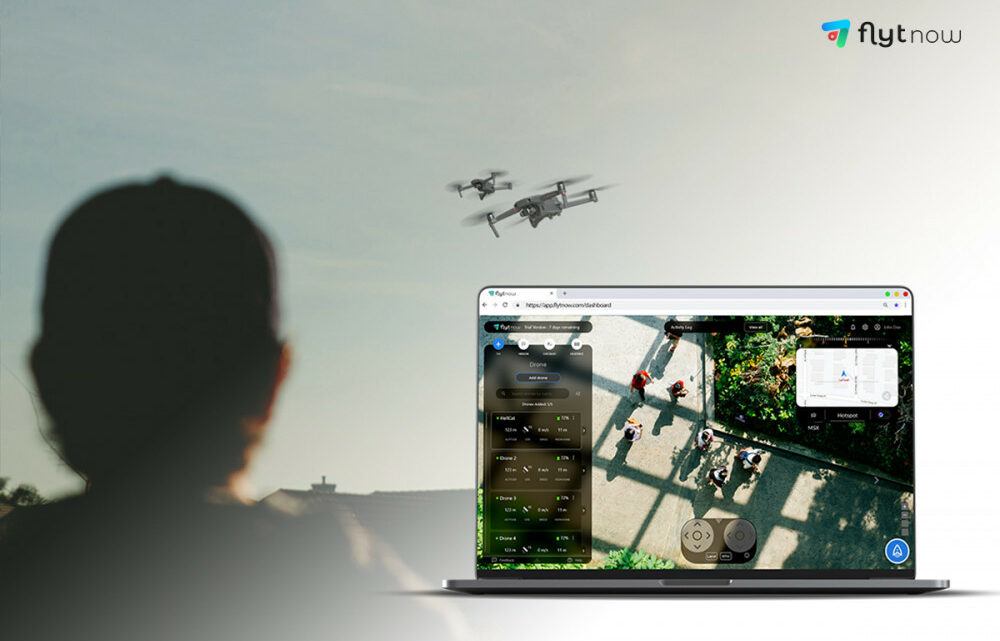 Integrating drones and automation technology has been gaining traction in recent years. Today’s guest post, from FlytBase, Inc., aims to demystify one sector by answering the question: How Does Automated Drone Surveillance Work?.

Let’s take a closer look and find out…

Drones are unmanned flying robots – also called unmanned aerial vehicles (UAVs). They can either fly autonomously or be remotely controlled by a human pilot. Often, drones used for non-military purposes carry sophisticated hardware that includes a wide range of sensors
and a navigation system like GPS, which works in tandem with intelligent software.

Drones are rapidly being adopted for commercial applications, and surveillance is one of the popular use cases. There are numerous service providers across the world that provide specialized aerial surveillance services across different industries, with each one having their own portfolio of drones, use-cases, and expertise. According to a report from Markets-and-Markets, the drone service industry as a whole is expected to cross USD 60 Billion by 2025. 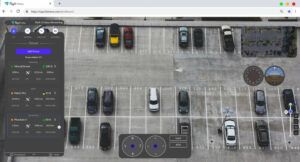 What is Drone Surveillance?

Drone surveillance is the use of UAVs to gather visual information about an individual, object, or situation with the purpose of providing relevant information to security stakeholders.

Depending on the specific security use & surveillance, the type of drone will vary.

Surveillance using drones has several advantages over traditional surveillance systems, such as:

What are Some Characteristics of an Automated Drone Surveillance System?

Intelligent software is at the core of a commercial drone surveillance system. This includes a range of abilities that empower local and remote stakeholders, for example:

The above points represent the most common characteristics but should not be considered a comprehensive list. Depending on the use-case, additional and custom capabilities may be developed and introduced.

How to Deploy Cloud-Connected Drones for Surveillance

Cloud-based software solutions, with drones connected via 4G/LTe/5G, enable large-scale deployment of drones for the purpose of residential, commercial, and industrial security and surveillance.

FlytNow is a market-leading solution that offers a suite of features designed for aerial surveillance operations. This intelligent automation software includes:

FlytNow for Security thus acts as a central command center where multiple aerial missions are monitored and controlled in real-time. Security managers can remotely assess security incidents using live, high-quality HD videos – and even store the relevant data in public/private cloud instances, for analysis and audits.

To minimize the reliance on human guards, UAV missions can be planned along waypoints of interest, so that drones can perform scheduled patrols at defined intervals. When drones are in flight, they leverage cellular networks to communicate with the ground station/command center, so that even BVLOS (beyond visual line of sight) operations are possible.

Such drone surveillance systems can even be paired with ground-based motion sensors so that unusual activities can be used as triggers to deploy drones automatically.

How About Offering Some Examples of Drone Security & Surveillance?

There are many use-cases that can take advantage of using drones for security and surveillance. These scenarios can now be managed much more efficiently utilizing the tools currently available. Here are some examples:

Intruder Detection: It is probably the most common use case, where drones are used to catch intruders on residential and commercial properties.

Border Patrol: Given their historical use in military applications, drones are a natural tool for border security and paramilitary forces – to help deal with illegal immigration, drug runners, etc.

Drones will continue to play an increasingly important role in residential, commercial, and industrial security. The capabilities, cost-effectiveness, and scalability of drone fleets make them inherently superior to traditional security systems. Software-driven automation will continue to make security drones smarter, easy to adopt, and safe to scale.

I hope this post has answered the question: How Does Automated Drone Surveillance Work?. Now, I’d like to hear from you…

Do you currently use drones for security and/or surveillance? If so, is it a manual process, or are you using automation tools? Do you already use FlytBase’s solutions? If so, how is it working for you? If not, are you thinking of checking them out? Is there a use-case that you believe should be included in this post? Please let us know by commenting below.

Also, FlytBase has opened up their services to the public.  Check out their store here.